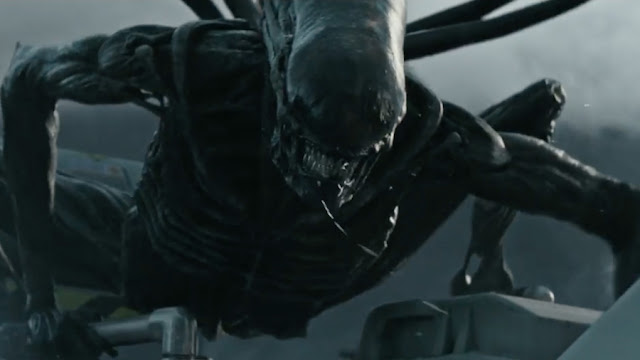 In 2012, Ridley Scott ventured back to the site of one of his greatest cinematic triumphs with Prometheus. This sci-fi opus, set in the Alien universe and serving as a precursor to one of the all-time greats, is uneven at best. I’m a staunch defender—it’s ambitious, full of lofty themes, moody and tense and creepy all in a line with the original, not to mention gorgeous—but I understand where the detractors come from.

Bearing a more explicit connection, beginning with the title, the follow up, Alien: Covenant, doubles down on similar ambitions, but is even more wildly uneven than its predecessor. Though it does have Michael Fassbender working on some next level shit to save the day on more than one occasion and make up for an almost complete dearth of other interesting characters. 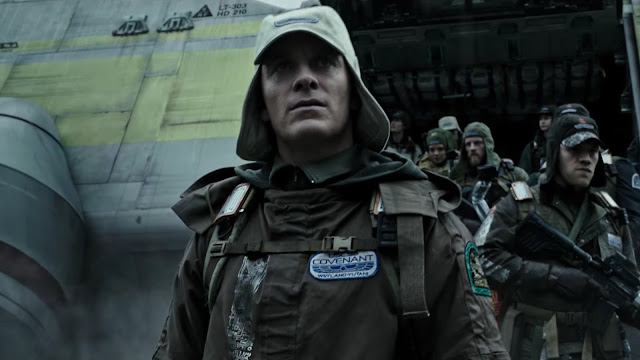 In addition to being a biblical reference, the Covenant of the title refers to a colony vessel chugging through deep space, carrying a crew and 2000 sleeping interstellar pioneers like a futuristic wagon train. After a mishap wakes the crew, they discover that old sci-fi trope, a mysterious message from a nearby planet that just may be an unexpected paradise. It has water, breathable air, Earth-like weather, and wheat—wait, what? Things are, of course, not quite as rosy as they appear at first glance, and shortly after landing, members of the crew start to die in various unpleasant manners.

I like to call what follows “Poor Choice Theater.” Hey, we’re on this distant, mysterious, far away world we’ve never heard of, one where there’s obviously some shady business going on, so let’s touch everything without examining it and put our faces real close to every weird plant we encounter. We’re being picked off one-by-one by some horrific, hard-to-kill monster, I’m going to go wander off alone in this dark cavern. (Have they never heard of the buddy system?) This random hooded figure just showed up in the middle of the night with a flare gun and a poncho, we’d better follow him into his lair. In their defense, in this last instance, the dark figure in question did save their lives, and what the hell, it couldn’t get much worse (or so they thought). At one point, the main character actually says, “There’s so much here that doesn’t make sense,” which sums it up nicely. 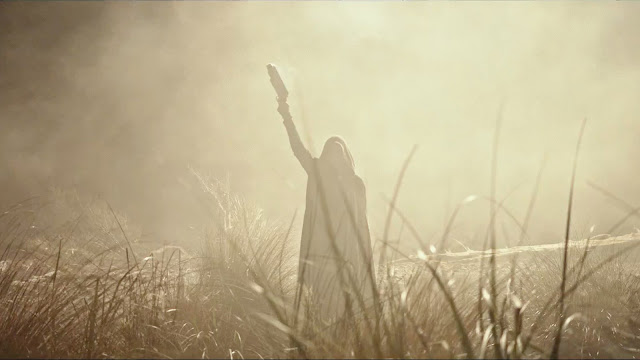 Visual world building, gnarly gore, and primal horror are where Ridley Scott hits his stride in Alien: Covenant. Which is good, because the characters are basically nothing. We watch them in harrowing situations and die gore-soaked deaths, but we learn nothing about them—without looking it up, I could only tell you a handful of names, that’s how little impression they leave. Couples make up the entirety of the crew, and that’s the most interesting thing about most of them. These are people who willingly chose to leave everything behind and travel across the galaxy to start a new life, which is inherently intriguing. Even a mere hint of why would do wonders. (The unattached prologue develops the characters exponentially more than the actual film.)

The captain (Billy Crudup) is a man of faith with no faith in himself, who is apparently distrusted by the crew and the company because of said faith, though no one but him ever mentions it (with a lone exception) or reacts to it in any way. Even Katherine Waterston’s Daniels, purportedly the main character, even though she disappears from the film for large chunks, has little that defines her aside from a bad haircut and the fact that the crew trusts her implicitly for no discernable reason—she ain’t no Ripley and rarely shows herself more than moderately capable. Hell, Danny McBride’s good-ol-boy, Tennessee, is most complete, well-defined character. He’s the only one with any sense of depth at all in one of his most serious roles to date. 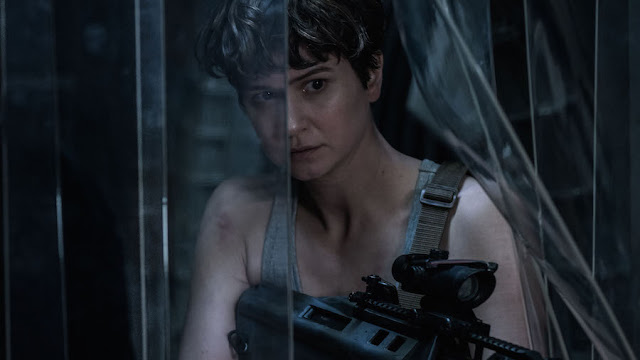 No one is particularly interesting, except for Michael Fassbender. Doing double duty as not one, but two synthetics this time around, he’s Walter, the Covenant’s resident android helper. He’s an updated, less emotional version of Prometheus’ uncomfortably too-human David, who just so happens to be the sole citizen of this new world. Fassbender channels his inner Spock for Walter, emotionless and rational. While David is, on the surface, similarly chill, he has a wing-nut god complex running below the surface, and is far scarier than any of the non-humanoid monsters.

David is where Alien: Covenant becomes most compelling. Not necessarily for filling in the expository gaps between the two films, but with his hot takes on humanity, faith, creation, and gods—from the Judeo Christian camp, Greek mythology, and even new technological gods. These ideas are central, but Covenant shifts the paradigm from Prometheus, replacing the devotion, wonder, and awe with a deep-seeded nihilism, despite the fact that David plays God rather well himself. And watching Fassbender bounce against himself as both Walter and David is way more impressive than most of the more obvious, grandiose visual effects. 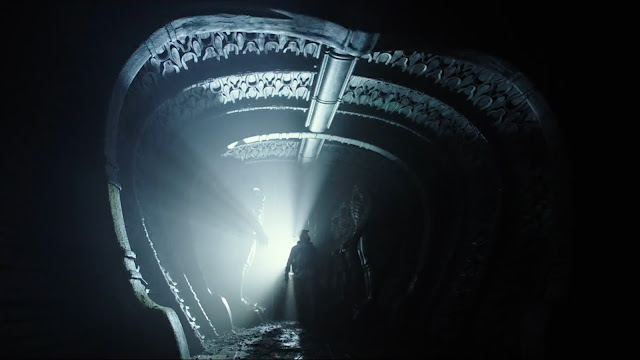 The action and creature elements, usually a strong suit, are up and down. Alien: Covenant introduces a new variant on H.R. Giger’s iconic Xenomorph, called the Neomorph, a kind of blanched, albino deviation. One scene in particular, an assault in a field, is visceral and terrifying, tapping into a primordial sense of danger. But once the more familiar multi-mouthed, acid-blooded monster emerges, the horrors aren’t as raw.

The blood and gore are top notch. But part of why Alien and Aliens work so well is the use of darkness and shadow and the tight, claustrophobic confines of these space ships and structures. Instead of scuttling through air ducts and creeping in the gloom, we see a Xenomorph in full, broad daylight and walking around. At one point it just strolls casually through a room fully upright, like a dude in a weird hat, blowing the mystique these monsters have carried for so long. 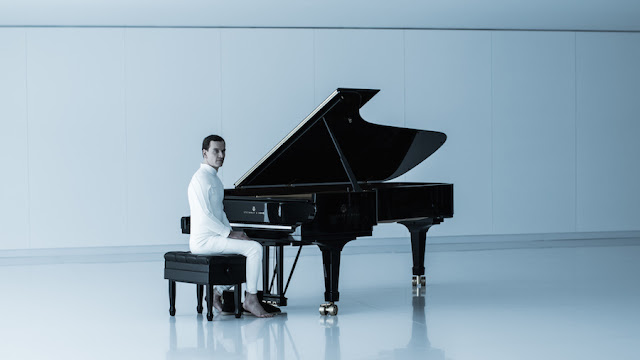 Like Prometheus before it, Alien: Covenant is a mixed bag, though with diminishing returns. Ridley Scott can still stage startling, creepy imagery and settings like no one else. And the though they’re less effective and less fully realized, ambitious themes of faith, creation, and notions of god permeate every frame. It’s often fun and thrilling, and that may well enough for some viewers. But with empty characters, heavy reliance on happenstance and coincidence—a freak accident kicks things off, and multiple characters are done in by slipping in blood (you’d think those heavy boots they wear might have some traction, but I guess not)—it never fulfills the potential or ambition in any wholly satisfying way, and it ultimately rings hollow. To put it in perspective, in the future I’ll be much more inclined to revisit Prometheus than Alien: Covenant. [Grade: C+]

Posted by Brent McKnight at 1:05 PM