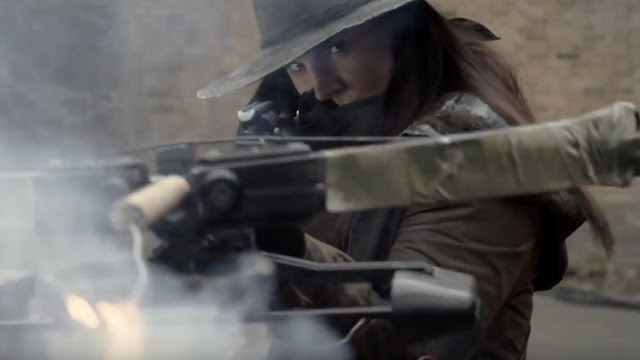 If you’ve ever wanted to watch a direct-to-video post-apocalyptic western starring former MMA champion Gina Carano directed by the guy who helmed Sliding Doors, today is your day. Take a gander at the trailer for Scorched Earth, which delivers just what I promised.

You probably noticed, but there’s a strong DTV vibe emanating from this Scorched Earth trailer, which is precisely what I hoped for. There’s a vague environmental apocalypse and, of course, society immediately reverts back to a frontier pack mentality. Maybe things don’t always look quite authentic, and maybe some of the actors aren’t super compelling, but I dig what they’re laying down, especially with the blatant Django nod—dragging the coffin is lifted straight from Sergio Corbucci’s 1966 spaghetti western classic.

The planet has suffered an environmental collapse; the air became dangerous to breathe, the water became toxic, and billions of people died. Generations later, mankind has finally re-established a rudimentary society, in an attempt to pick up the pieces that continue to blister in the sun. Attica Gage (Gina Carano) is a bounty hunter with a chance at the bounty of a lifetime: to bring down the ruthless outlaw, Elijah Jackson. Gage infiltrates Jackson’s gang, and everything is going to plan until she meets a slave girl who reminds her of her dead sister. With her loyalty to only herself now tested, Gage learns that there might be more to life than just survival.

I’m way into what Gina Carano’s career has become. She’s not the greatest actor (though she’s a damn sight better than fellow MMA-vet-turned-actor Ronda Rousey, yeesh), but she can pummel villains with the best of them, and that’s what this style of action requires. 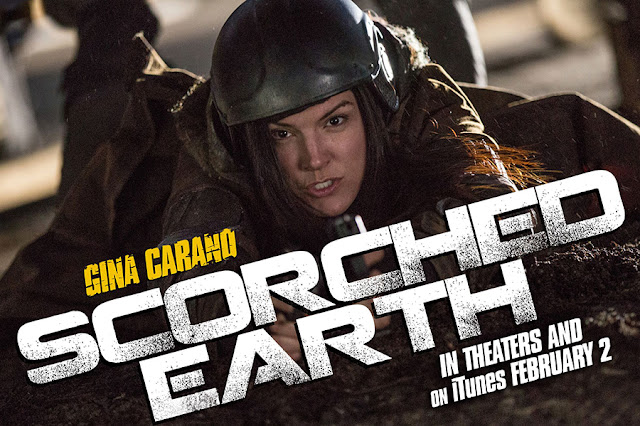 Posted by Brent McKnight at 4:18 PM