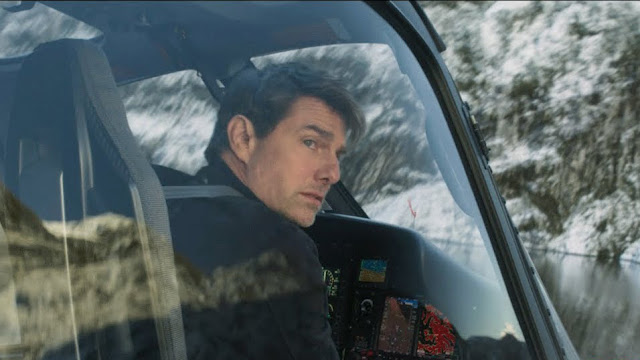 I’ve said it before, but I think it bears repeating: If Tom Cruise can in fact die, and the jury is still out on that one, he’s going to die doing an insane stunt, probably for a Mission: Impossible movie. Seriously, just watch the new trailer for Mission: Impossible—Fallout and count the times where he almost bites it.

The previous trailers for Mission: Impossible—Fallout all lean towards the awesome side of things, but this one definitely cranks it up a notch or two. We’ve heard the stories about Tom Cruise breaking his ankle jumping from building to building and learning to fly a helicopter to film his own crazy aerial chase scene. That’s all rad, but the finished product looks absolutely bonkers.

I know this still has a crazy budget and all the Hollywood bells and whistles, but it’s also an anticipated reprieve from the slew of CGI-heavy blockbusters this summer. It should offer some solid, real world-ish action for those of us who enjoy that sort of thing. I, for one, can’t wait to watch Henry Cavill beat the crap out of Cruise.

The plot appears suitably twisted and convoluted for an M:I movie. I won’t even try to explain it, I’ll let the official synopsis do that job:

Sure, that doesn’t say much, but with Ethan Hunt dangling off of multiple helicopters and flinging himself around willy nillly, does it really matter? I didn’t think so.

Mission: Impossible—Fallout opens on July 27.
Posted by Brent McKnight at 8:15 AM