'John Wick 3' Has Started Shooting. All Is Right With The World 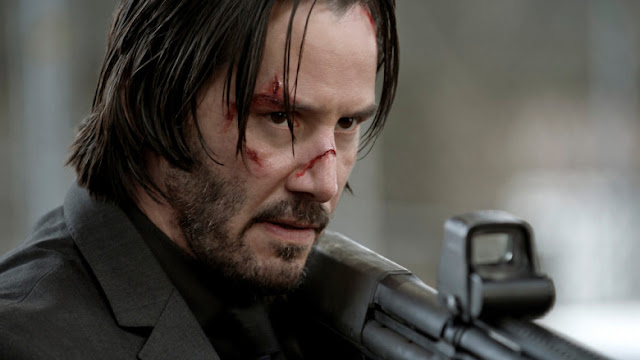 Round these parts, we’re pretty jazzed up for John Wick: Chapter 3. Or any John Wick movie for that matter. We saw a first plot synopsis a few weeks back, but now the film has started shooting and that’s the best news we’ve heard all day.

Just to prove this point, cinematographer Dan Lausten (The Shape of Water, John Wick: Chapter 2) posted a couple of photos to his Instagram page. If anyone is going to know that a movie is shooting, it’s probably the guy responsible for the actual shooting. (Film shooting, not gun shooting, though there’s sure to be plenty on that front as well.)

They don’t tell us anything much, or anything at all, but this first photo looks pretty damn cool. It’s got the bad-at-retiring hitman of the title standing in a cramped, foggy, stylishly lit street that he’s about to litter with corpses of faceless goons. That’s always good news from where we sit.

#johnwick3 #day2#chadstahelski #keanureeves #newyork #cinematography #film
A post shared by Dan Laustsen ASC. DFF. (@dan.laustsen) on May 8, 2018 at 2:48am PDT

This second photo shows even less. It’s really just the clapboard and a celebration of the first day of shooting. Again, that’s enough to start me salivating, but I’m easy. And I dig that snake-covered heart logo in the corner. That looks badass and I hope it sticks around and isn’t just a production thing.

As you can see in this pick, however, at least the shooting title is John Wick 3: Parabellum. Parabellum refers to a type of gun—there are apparently both pistols and machine guns—but it’s also Latin for “prepare for war.” Good choice on both fronts.

The earlier synopsis basically tells us what we already know. John Wick is on the run after his faux pas at the Continental and he and his dog have to figure out a way to survive. My guess is that involves quite a bit of gun fu and many, many headshots.

John Wick (Keanu Reeves) is on the run for two reasons… he’s being hunted for a global $14 million dollar open contract on his life, and for breaking a central rule: taking a life on Continental Hotel grounds. The victim was a member of the High Table who ordered the open contract. John should have already been executed, except the Continental’s manager, Winston, has given him a one-hour grace period before he’s “Excommunicado” – membership revoked, banned from all services and cut off from other members. John uses the service industry to stay alive as he fights and kills his way out of New York City.

Keanu Reeves is back for John Wick: Chapter 3, obviously, as is director Chad Stahelski. Right now the rest of the cast is just rumored, but odds are we’ll see Ian McShane, Laurence Fishburne, Lance Reddick, and more familiar faces when John Wick 3 opens on May 19, 2019.
Posted by Brent McKnight at 9:12 AM