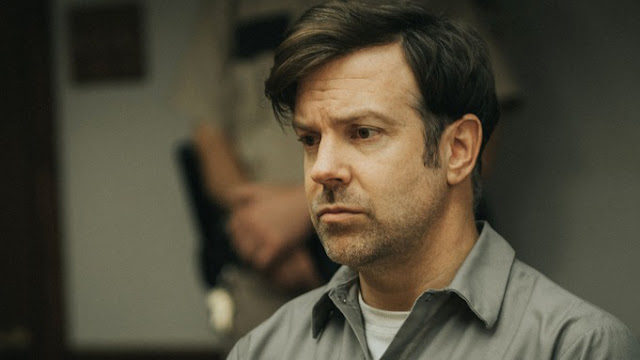 Sometimes it’s easy to pinpoint precisely why a movie does or doesn’t work. Other times it’s more nebulous and harder to determine exactly what went wrong. Such is the case of Aharon Keshales’ crime thriller South of Heaven. The pieces are in place for an interesting film, but it absolutely does not come together in any satisfactory way.

Keshales, working from a script he wrote with his his Big Bad Wolves co-director Navot Papushado and Kai Mark, enlists a strong cast. Fronted by Jason Sudeikis and Evangeline Lilly, it also includes Shea Whigham, Mike Colter, and Michael Pare, and they all do solid work. Overall it’s competently directed and shot and, on a technical level, soundly crafted and executed. 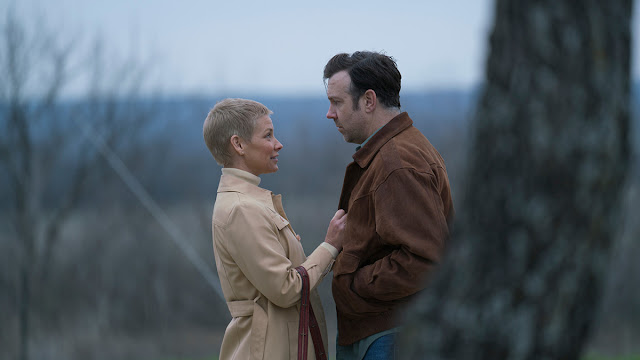 Perhaps the primary issue is that South of Heaven never decides what movie it wants to be until far too late. We begin with Jimmy (Sudeikis), an aww shucks down home convict who’s not a bad guy he just made one bad decision. After ten years in prison, he’s released because the love of his life, Annie (Lilly), has terminal cancer and parole board takes pity on his sob story. Once outside, he works dead end jobs, making the most of his second chance, until his crooked parole officer, Schmidt (Whigham), forces him to run shady errands for him.

Okay. Fine. Not the most original set up, sure, but at this point we’re aiming for an ex-con-pulled-back-into-his-old-life story. It plods along this well-trod path, hammering home how idyllic and in love Jimmy and Annie are and how terrible everyone else is. Then, at around the hour mark, it becomes an entirely different paint-by-numbers noir-inspired thriller and everything that came before goes out the window. Through complete happenstance, a random traffic accident in this instance, Jimmy finds himself in debt to a local crime boss, Whit Price (Colter), which puts Annie in danger. 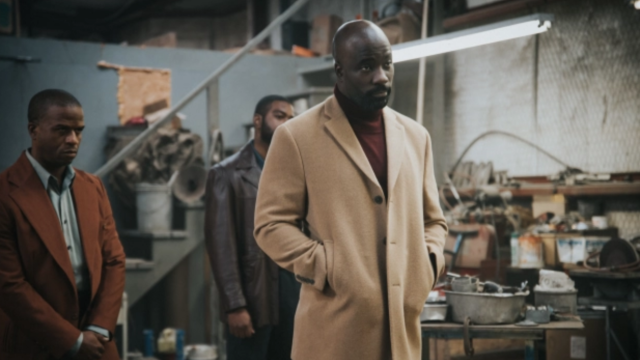 Now, these two eras of the film have nothing to do with each other. They’re entirely unrelated. At around an hour, South of Heaven basically hits the reset button and the narrative begins anew. It’s like the beginning of a different episode and it all happens purely by chance and key conflicts of the first hour are completely inconsequential to what follows. You keep expecting them to intersect, but they never do. There’s no motivation or reason behind it, a random event simply happens for no other reason than the writers wanted to put Jimmy in another tough spot.

These baffling, incongruous choices are also endemic of the rest of the movie. As the film spools out further and further, characters take paths that don’t jibe with their established personalities. Yes, Jimmy has been put in a dire situation, but the character the film creates and establishes would not do what he does in most situations. It runs counter to everything the script wants him to be without providing suitable reasons for his actions. 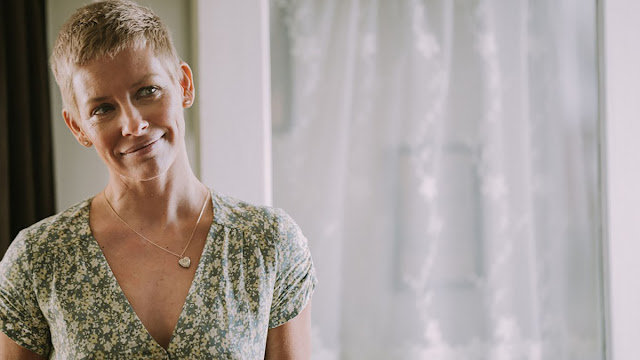 It’s easy to see why Sudeikis took this role. Jimmy plays a bit like a shadow version of his character in Ted Lasso, a straight-forward, earnest bumpkin, but one with a dark side. He doesn’t bring quite the complexity as he does to that role, or his truly horrific turn in Colossal, but he branches out in something of a different direction. He and Lilly have an easy chemistry. Even if they’re a bit too-perfect, they still seem natural together on screen. Whigham brings a little gravity to a stock, corrupt PO, but he doesn’t have much to work with. And Pare has a largely thankless role as a near-mute heavy, though he does get a nail-gun-torture scene that’s nice and mean. Colter gives Whit a cool, chill menace, the kind that’s all smiles, but smiles that send a chill up your spine. He clearly relishes playing the big bad and, later on, has the chance to show an unexpectedly soft, human side of this vicious kingpin.

Though the film is largely bland and bloated—nearly every scene drags out much, much longer than necessary, weighing down the pace and tempo—it’s not wholly without charms. A handful of idiosyncratic scenes give infuse the story with its own bit of personality, like an unlikely moment where Annie and Whit share a joint and bond over loss. Keshales delivers a good looking film; in the climax, there’s a hell of oner that’s one of the best, most elaborate action shots this year. And though there’s plenty of cinematic brutality to go around, including one especially gory motorcycle crash, it’s generally violence without much weight or substance behind it to giving meaning or consequence.

[Related Reading: This 'Luke Cage' Trailer is So Badass] 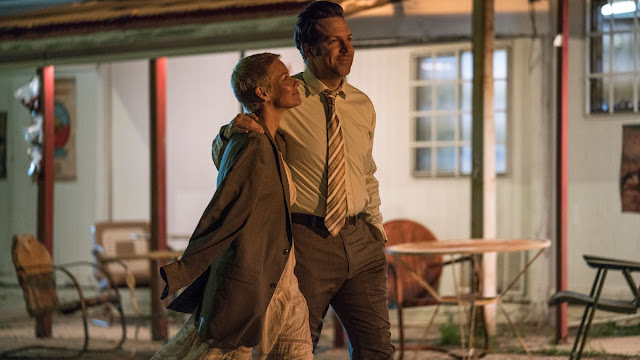 Even with those, the intriguing bits are too few and far between to salvage South of Heaven. It aims to plumb the depths of desperation and love. With the oft-repeated sentiment, “I can live with that,” it wants to say something the things we can and can’t live with. Or without. But as a whole, it’s too dull, too generic, too disjointed to differentiate itself from similar tales. Instead of being driven by desire and characters and conflict, things too often happen for simple plot convenience. By the time it seemingly ends three times before it actually ends, the finished product is flat, misses the mark, and never realizes its potential. [Grade: C]

Posted by Brent McKnight at 1:02 PM

Was the ending shooting for something? I didn't get that. It shows some random guy with long shaggy hair that's blowing in the wind who matched no one in the film. What a dramatic let down!

Here is how I interpret the ending:

When they kiss at the end and the film fades to black, that is how most films would end. That IS how this film could have ended. It took a long time to fade out, and also to fade back in.

I believe time has elapsed between the fade out and the fade in, like 5 months or something.

Between the fade out and fade in, they enjoyed the time they had left with each other.

Then when it fades back in, she has passed away. He buried her by himself or had a funeral, maybe he even had her cremated and spread her ashes in that very water just a short time before the fade in. Or maybe he was so overwhelmed with her passing, he had to get away and get out on the water, which may have been one of the things they enjoyed in the time they had left together.

Obviously they want the viewer to decide what the ending means since the figure was in silhouette, but this is what I would like to believe.

Is that Annie's body on the rocks in the background middle left of the last shot? So basically Jimmy has this dying fantasy that he gets back to his girl and they live out the rest of her life happily...

But what actually happens is Jimmy dies while in the boat, trying to get home. And Annie has already died, sitting where he left her, waiting for his return?

I think I need to binge watch Ted Lasso again to cheer myself up.

He moves at the end. But it looks like there’s blood on his hands. I can’t tell if that’s her body in the middle left of the screen. Also why is his hair so long