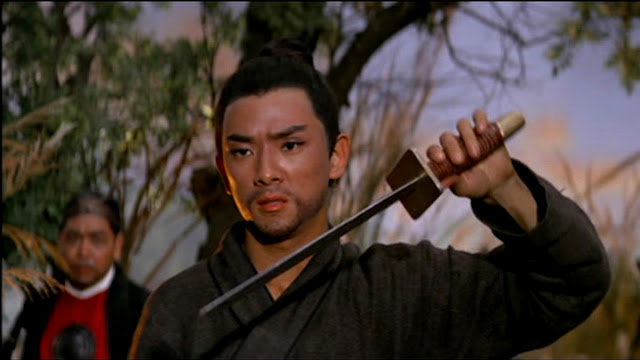 Fans of legendary Hong Kong martial arts films in Seattle have a lot to look forward to in December and the early months of 2019. The Northwest Film Forum has a quartet of badass Shaw Brothers offerings to gawk at, while the Grand Illusion adds a quick blast of Sammo Hung to the mix.

Starting on December 19, the NWFF will screen four movies from the Shaw Brothers’ heyday in the 1960s and ‘70s. They titles offer rich historical settings, epic romances, sagas of revenge, and, of course, some of the best, most eye-popping (figuratively and maybe literally) martial arts action ever put to film.

The schedule kicks off with Intimate Confessions of a Chinese Courtesan, followed by Come Drink With Me and Golden Swallow, and culminates with The One-Armed Swordsman on January 23. It doesn't specify, but I presume these are the newly refurbished versions from the American Genre Film Archives, which means in addition to ruling hard, they'll probably look amazing. (Cards on the table, I’ve never seen Intimate Confessions, so I just might have to rectify that situation--and my soul for a screening of Holy Flame of the Martial World.)

Any way you look at it, this is an awesome slate of Shaw Brothers goodness and one fans in the Pacific Northwest won’t want to miss. I need to clear my schedule like right now.

NW Film Forum is apparently partnering with the wonderful folks at the Grand Illusion for this Shaw Brothers mayhem. But that doesn’t mean the GI doesn’t have its own kung-fu fun in the works, and their particular brand of fun includes a pair of Sammo Hung movies on presented on 35mm. And true to form, the iconic multi-hyphenate directs, choreographs, and acts in both. Because that how he rolls.

Starting January 30, 2019, they plan to show Blade of Fury, and beginning February 6 they have Pedicab Driver for your entertainment. The former appears to falls on the filmmaker’s more serious side, while the latter looks to be more what comes to mind when I think of Sammo—mind-blowing fights and action but with a healthy dose of humor and comedy blended in.

The two programs dovetail nicely together. Just when you’re fiending for a martial arts fix on the heels of the NWFF’s Shaw Brothers schedule, the GI has your back with some Sammo Hung ass-kickery, which is nice of them.

So, Seattle, you’ve got some rad movies to look forward to. I don’t have much else to say beyond, hell yes. You know what to do.
Posted by Brent McKnight at 8:53 AM