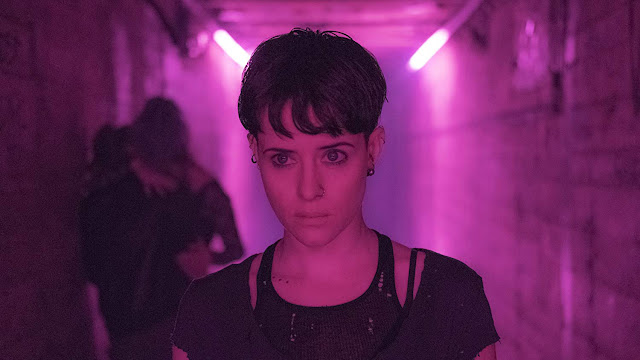 In Fede Alvarez’s The Girl in the Spider’s Web: A New Dragon Tattoo Story (the official title is so ridiculous I can’t not write it out in full at least once), hacker extraordinaire and righter of wrongs, Lisbeth Salander (Claire Foy), finds herself embroiled in a potboiler plot of international intrigue, nuclear weapons, and her own screwed up family history. Only it’s not even a fraction as intriguing as that sounds.

In fact, Spider’s Web—the adaptation of David Lagercrantz’s novel of the same name, which itself is based on the blockbuster Millennium trilogy by the late Stieg Larsson—offers a lifeless, tedious slog through bland characters with zero personality and even less motivation, a convoluted-yet-entirely-predictable plot, and a handful of laughably bad moments that, while good for a momentary chuckle, are also epic groaners. 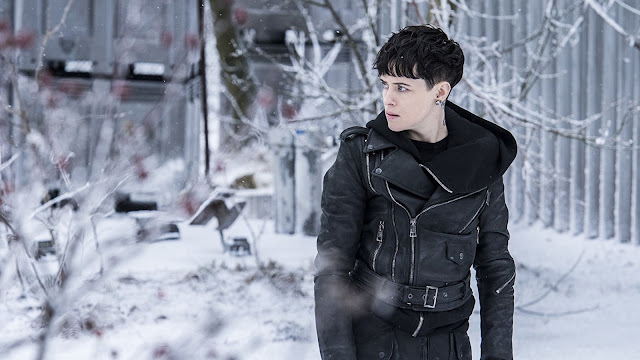 Coming off a run that includes The Crown, Unsane, and First Man, Claire Foy is one of the best actors working today. She does what she can here, she simply doesn’t have much to work with. In previous incarnations, Lisbeth is a nuanced, damaged character, a survivor of horrific systematic and sexual abuse who has risen and crafted herself into an avenging angel. Spider’s Web gives lip service to her role as the one who “hurts men who hurt women,” but this version is little more than a brooding goth James Bond. That could be cool, and I’m all in on that movie, but this is not the movie to pull that off.

Instead, the script from Alvarez, Jay Basu, and Steven Knight (Eastern Promises) strips away what makes Lisbeth interesting in favor of gadgets and gizmos for every occasion that feel like castoffs from a Brosnan-era Bond picture than anything actually high tech—every piece of technology feels written for narrative convenience by someone with no actual understanding of what technology can and can’t do. It leaves Foy to scowl through underground nightclubs, dimly lit safehouses, and decrepit industrial relics. 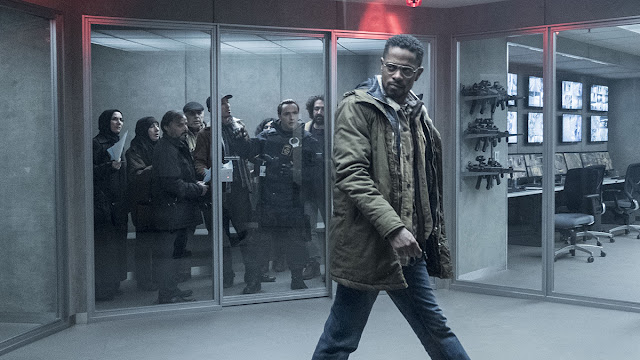 Beyond Foy, Lakeith Stanfield (Sorry to Bother You) is the only thing worth watching in this movie, and that’s only on occasion. His American intelligence officer, who embarks on an international mission to retrieve a stolen computer program that allows the user to launch any nuclear weapon completely alone, plays like a stock type. But every so often, bits of Stanfield’s trademark strangeness shine through. It’s nowhere near enough to make this good, but if you’re already there, at least it’s something.

Of course, Lisbeth’s crusading journalist BFF Mikael Blomkvist (Sverrir Gudnason) shows up. He’s boring and pointless and devoid of any value aside from being a pretty face and an exposition machine. Vicky Krieps, who is wonderful and acts circles around Daniel Day-Lewis in The Phantom Thread, has a nothing, throwaway role as Mikael’s co-worker/lover/reason for Lisbeth to hang up on him in one scene. Mindhunter standout Cameron Britton plays a fellow hacker named Plague whose only character trait is he’s a hacker named Plague. Stephen Merchant plays the guy who made the thing everyone wants but feels bad when he realizes people will use his obviously evil program for obviously evil purposes. Sylvia Hoeks’ make up as Lisbeth’s estranged sister is so bad it looks like the production just dusted her face and eyebrows with flour and called it a day. It’s basically a waste of a collection of talented people. 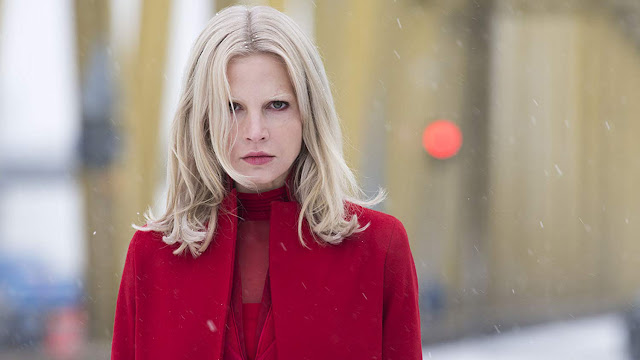 With movies like the Evil Dead remake and Don’t Breathe under his belt, Fede Alvarez’s calling card is a vicious mean streak. Given the darkness of the source material, it seemed like a good fit. Spider’s Web has a few moments of nastiness, including one, “Oh damn,” reveal about why you shouldn’t go poking around in a particular corner of the Swedish criminal underworld. But again, the film eschews potentially intriguing avenues for the least interesting choices. What’s set up as a brutal cadre of don’t-fuck-with-us baddies turn out to be stock, generic action movie goons.

A faded facsimile of earlier versions of this franchise, The Girl in the Spider’s Web is a toothless thriller that waters down anything interesting about the lead character and squanders a fantastic cast. It watches like a DTV studio lucked its way into the rights of a hugely popular IP and churned out some half-assed crap on a short turnaround in order to capitalize. It’s not Louisiana tax break movie bad, but it’s not far off. [Grade: C-]