'Child's Play' Trailer: Chucky's Back And More High Tech Than Ever 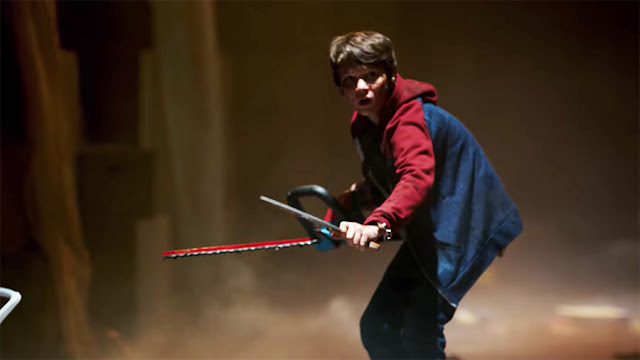 If you thought dolls were creepy before…well, they’re still creepy, but now they’ll kill you and your mom. At least that’s the general gist of this trailer for the new incarnation of Child’s Play. Check it out below. Friends to the end?

I know this is a creepy murder doll and it looks like the creepy murder doll who tormented all our childhoods, but I don’t know how I feel about the big change. I’m talking, of course, about the fact that Chucky is no longer possessed by the soul of a serial killer. Instead, this new iteration of Child’s Play makes him a super high tech new AI toy gone awry. It’s kind of like a smaller scale Westworld.

As we continue to push boundaries, technology run amok stories definitely have their place, and are scary in their own right, but I can’t help but suspect this is going to lose much of what makes Chucky so iconic and the Child’s Play movies so much fun. And that’s personality. OG Chucky is a foul-mouthed little bastard in addition to a psychotic plastic murderer, and that’s most of the joy of these movies. This looks fine and all, it just doesn't feel like a Child's Play movie.

That said, the inclusion of Aubrey Plaza, who plays a mother who gives her young son what she thinks is a neat new toy but in reality is much more sinister, warms my heart. I imagine she knows precisely what kind of movie she signed up for. That bodes well for the campy and ridiculous side of things, even if this trailer does play it entirely straight. And I like that Brian Tyree Henry keeps popping up in movies I want to see, that’s always a bonus.

Directed by Lars Klevberg, Child’s Play hits theaters June 21, which might make for some nice counterprogramming if you grow weary of big summer tentpoles.
Posted by Brent McKnight at 8:13 AM