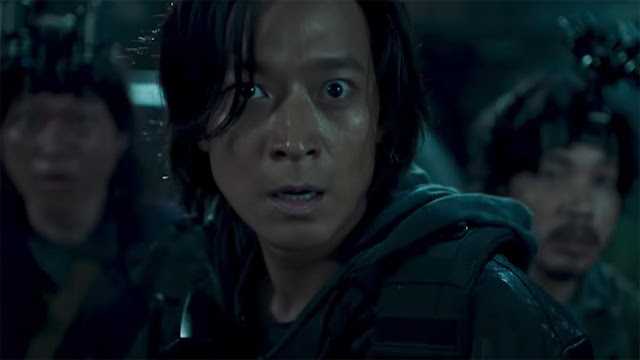 2016’s Train to Busan is one of those zombie movies that comes along every few years and reminds everyone how good the genre can be. The South Korean horror film was a big international hit and now the sequel, Train to Busan Presents: Peninsula, is on the way, with another new trailer as proof.

Peninsula was slated to premiere at the Cannes Film Festival this year, though thanks to COVID-19, that obviously didn’t happen. Director Yeon Sang-ho returned to the big chair for the second film, and though it is a sequel, there are a few key differences between this movie and its predecessor.

First, it appears to be an entirely new cast. Maybe we’ll get cameos, or a few familiar faces might pop up, but it largely looks to follow different characters. Second, if this trailer is to be believed, Peninsula is much more of an action movie. There’s a definite Fast & Furious with zombies vibe.

And while most zombie movies tend to deal with the initial outbreak and fall of society, this picks up deep into the pandemic. The first wave is over and done, and now people are just trying to survive as best they can. We see various factions and groups, sadistic warlords and those simply trying to live and stay safe. It’s basically a post-apocalyptic story with the flesh-hungry undead thrown in for giggles.

[Related Reading: A 'Train to Busan' Remake is Already in the Works, Here are the Details]

Despite a steady stream of marketing materials, there’s still no specific word when Well Go USA plans to release Peninsula. The best we have at the moment is that it lands in South Korean cinemas in July 2020, while it will hit other markets in August. There’s a good amount of hype surrounding the picture, so they’re likely waiting until they can give it at least some semblance of a theatrical run. Whenever , and however, this train pulls into the station, we’ll be there, ticket in hand.
Posted by Brent McKnight at 8:13 AM