“Fuck the rest of them, fuck ‘em all but us.” So goes the refrain in a song written by Simon (Kyle Gallner, Veronica Mars) and Patty (Emily Skeggs, The Miseducation of Cameron Post). It also forms the general conceit and overall attitude of Adam Rehmeier’s middle-finger-flying, punk-rock-fuck-you of a love story, Dinner in America. Think Repo Man by way of Bonnie and Clyde and that starts to paint the picture.

When punk rock purist and burgeoning arsonist Simon meets milquetoast weirdo Patty, the two set out on an epic voyage across their shitty suburban Michigan town. True to form, they tangle with cops, jocks, and posers, battle sellouts and societal expectations, and generally leave a trail of destruction and discarded baggage in their wake. 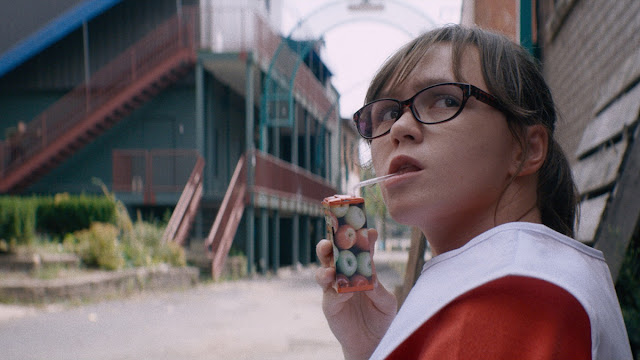 Dinner in America captures the energy, edge, and often aimless fury of suburban punk in an authentic, palpable way few movies accomplish. That sensation of looking around and hating everything you see, everything you’re supposed to be, and lashing out in every direction.

But pissed off as it is, even if it doesn’t always know exactly why (again, in true punk fashion), this is also a sweet, earnest, adorable romance. Gallner and Skeggs have the awkward chemistry of two outsiders, though of their own distinct stripe, coming together. Moments of loveable sincerity poke through Simon’s affected combativeness, while Patty sees through his bluster to the real person he’s protecting inside.

[Related Reading: 'Turn It Around: The Story of East Bay Punk' Movie Review] 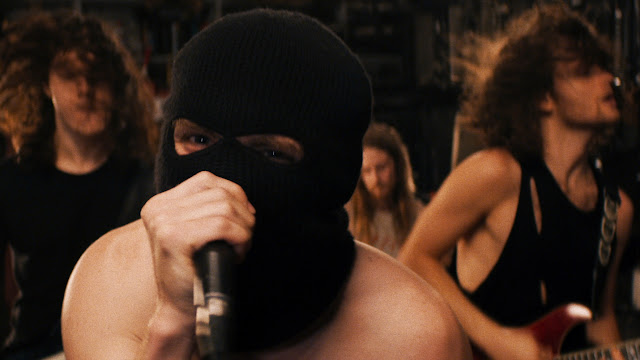 Rehmeier, who both wrote and directed, packs the script with odd little flourishes, the textures of everyday life that, when one really stops to consider them, look as strange as they actually are. Off-kilter moments, like a woman sitting next to Simon on a completely empty bus and random encounters with store clerks, pepper the story. It’s full of family beats that, though entirely normal and mundane, are wholly peculiar and horrible. These tiny moments and details ground the film and provide an air of small-town reality. You see all of these things every day, so they become normal, but in a vacuum and from a distance, they’re truly bizarre.

Dinner in America is frenetic and meandering, urgent and laid back. It knows that sometimes all you can do is scream and flail and rage. More than anything though, this is a love story about being yourself, making your own place to belong, and finding the people who’s weird meshes well with your own. And there’s nothing more punk rock than that. [Grade: A]

Find All of Our 2020 Fantasia Film Festival Coverage Here.