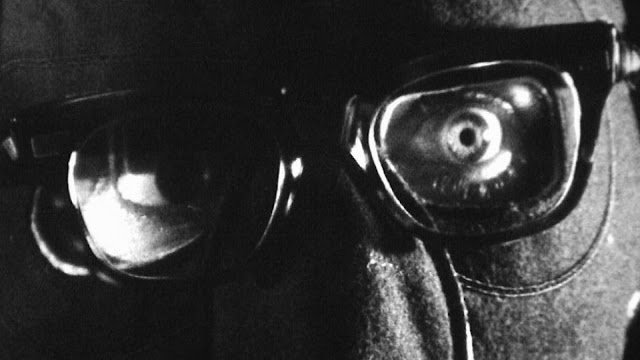 A horror anthology, but collect rare, lost or little-seen early short films from filmmakers who went on to become influential in the industry. That’s the basic set up for Shock Value: How Dan O’Bannon and Some USC Outsiders Helped Invent Modern Horror.

Curated by USC archivist Dino Everett, and inspired by the book by Jason Zinoman, this complies student films from the likes of O’Bannon, John Carpenter, and a handful of their classmates. Products of the late 1960s and early ‘70s, they’re rough and lo-fi and wild, imbued with an anarchic freedom thanks to the era and the no-fucks-to-give energy and spirit of youth.

Charles Adair checks in with The Demon, a sparse, home invasion style tale of a newlywed couple in a remote home that morphs into a proto Night of the Living Dead riff. O’Bannon has a couple entries (his name is in the title after all), including the dystopian sci-fi short Good Morning, Dan, which was actually filmed by Carpenter and features what sounds like one of Carpenter’s trademark banger synth scores. (Though it’s not actually Carpenter music, oddly enough). Carpenter checks in with his own segment, Captain Voyeur, a glimpse at various seedy things happening behind closed doors and gives early glimpses at things we would see in movies like Halloween. It all wraps up with Judson’s Release, Terrence Winkless’ babysitter-in-peril horror, which influenced an entire subgenre a few years later.

Originally from 2014, Shock Value screens as part of the Nightstream Film Festival. It’s definitely one to watch for the horror hardcore. It’s kind of a mixed bag, as are most similar endeavors, and these are definitely student films. But while there are rugged spots, they also offer glimpses of filmmakers honing their craft and working with themes and concerns found in their later, more polished, widely celebrated work. After it screens, there’s a talk moderated by KJ Relth, a college professor and film and television archivist, which promises to be damn interesting.

Find All of Our Nightstream Coverage Here.