In the wake of movies like Spring and The Endless, Justin Benson and Aaron Moorhead have become a must-watch filmmaking duo. Their latest, Synchronic, follows two New Orleans paramedics, Steve (Anthony Mackie) and Dennis (Jamie Dornan), who find themselves on the front lines in a battle against a new designer drug that has an especially unexpected side effect, time travel.

For the most part over their careers, Benson and Moorhead have managed to accomplish quite a bit on shoestring indie budgets, making use of ingenuity, inventiveness, and narrative dexterity. While that’s certainly still the case, with Synchronic, they have more resources to play with this time out and it shows. This is slick in a new way for the duo—not that their earlier films look bad or rough, but it’s apparent they have additional tools at their disposal, and they make excellent use of them. 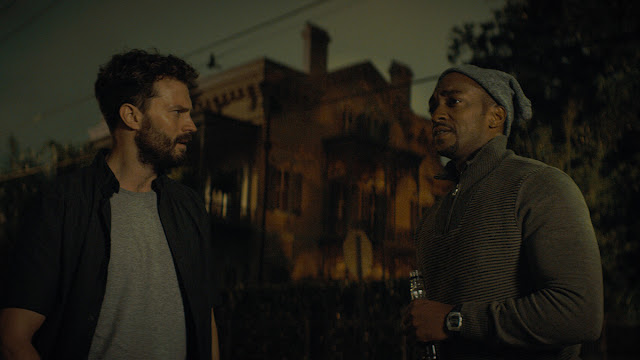 For all the time-jumping sci-fi trappings, the relationship between Steve and Dennis forms the core of the movie and propels everything else. Steve has a secret, inoperable medical condition, while Dennis deals with all manner of family drama—including, but not limited to, the strain of having a new baby while his other child is 18 and ready to leave home. Mackie and Dornan have an easy, natural chemistry, selling that these guys have been partners and friends for years. The time travel elements serve to deepen and strain this human story, pushing them and their bond to new, uncomfortable.

When the two characters are together, or the film follows Steve, that’s when it’s strongest and most compelling. On his own, however, Dennis’ tale isn’t particularly interesting. It’s boilerplate grieving father/crumbling movie marriage stuff. The pace and momentum falter when the film focuses on his decaying relationship with his wife, Tara (Katie Aselton). Not that it’s terrible, there’s simply nothing about it that stands out. Eventually, as Steve gets deeper and deeper into his journey, Dennis fades almost entirely from the film. And he’s rarely missed. 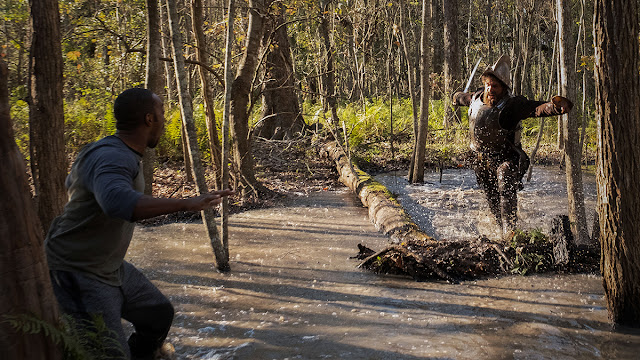 Synchronic looks fantastic. In addition to co-directing, Moorhead also handles the cinematography duties, with gorgeous results. (Even if the screener is janky as hell—first world problems.) Without necessarily crying out for attention, long takes unspool, including one early shot that tracks Dennis and Steve into and through a call, placing the audience in the midst of the action. Soaring frames capture the unique look and feel of New Orleans, and create free floating sensation that mimics the idea of being untethered in time. As Steve experiments with Synchronic, the drug, the image melts from one era to the next in fittingly unsettling, hallucinatory fashion—digital effects aren’t ubiquitous, but they deploy in moments of maximum impact. 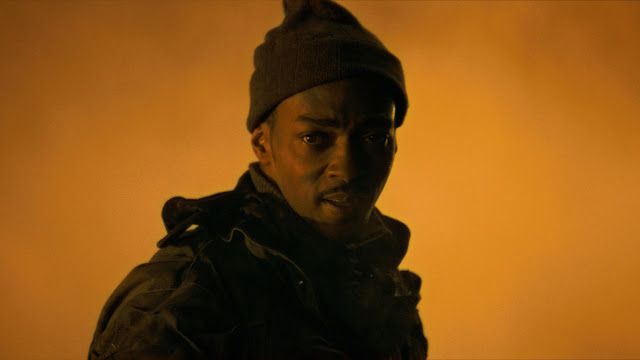 As strange and unusual as it is, Synchronic plays more straightforward and more accessible than the pair’s earlier work, like The Endless—it’s less of an overt puzzle, and while it’s a mystery for the characters to unravel, the audience has a clear picture of what’s going on. Still, it’s ambitious and weird and unlike anything you’re likely to encounter anytime soon. And once again, this marks Benson and Moorhead as filmmakers whose work I will watch sight unseen and that Anthony Mackie should lead more movies. [Grade: B]