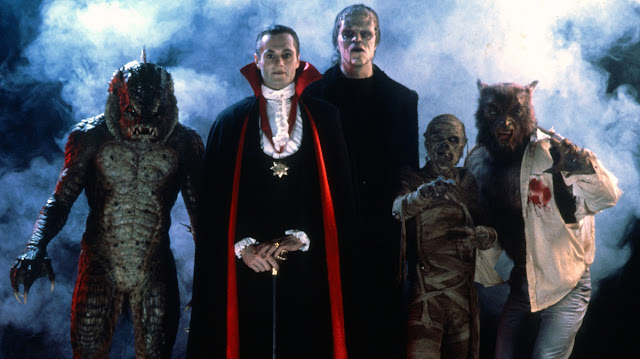 As a horror-obsessed kid, I adored The Monster Squad. I was ten when it came out in 1987 and it falls into a category of movies like The Goonies and a handful of others that are about kids, and aimed at kids, but that don’t marginalize them, which was always an issue I had with this type of film growing up. Here, the young characters are smart, capable, and complicated; in legitimate peril; and don’t rely on the parents swooping in at the last minute to save the day—the kids are the heroes and have the heroic moments they earn. Among other things, this is what I loved about it. This is basically a long-winded way of saying Andre Gower’s documentary, Wolman’s Got Nards, is 100% made for me.

Nards tracks The Monster Squad from development through production, from critically panned box office flop to rediscovery on cable, from virtual disappearance to the resurgent fan favorite that it has become in recent years. Like so many similar documentaries, it gets a bit over reverent at times, which makes sense considering Gower stars in Squad. Though it is fun to watch him and other cast members discover and gawk at this grassroots fandom they didn’t know existed.

Again, this doc plays best for extant fans. Formally, it doesn’t veer from the formula. It’s pretty standard stuff, construction wise, primarily made up of talking heads and a few behind the scenes glimpses. The film collects cast members, academics and film critics, and crew members—the most interesting parts are easily writer Shane Black and director Fred Dekker, who go into detail about the entire evolution. It also captures footage of the sold out rep screenings that took much of the cast by surprise and that, in part, sparked the popular resurrection.

However, Wolman’s Got Nards avoids entirely falling into fan service tedium for a couple reasons. First, it’s an intriguing tale and offers a glimpse into the life cycle of a film and the ups and downs—and Monster Squad went through most of them. Timing issues damned it in theaters—it opened a few weeks after the similarly marketed Lost Boys and just before Black exploded for writing Lethal Weapon. And the marketing was, well, let’s just say did little to help the film.

There’s a lengthy segment about the top tier creature effects in the film. They came from the legendary Stan Winston, and many of the people who worked on them went on to have a hand in creating some of the most iconic modern movie creatures.

Wolfman’s Got Nards digs into the legacy of Monster Squad, the whole legacy. Including some of the dated, problematic inclusions—there’s slut shaming, fat shaming, and homophobic slurs to name a few. At one point, a college professor shows the movie to his class and the reaction is generally, that’s a ton of fun, except…grimace. It even gets into the lingering negative effects acting in huge bomb had on some of the young actors. While it may not always get into great depths, Gower at least attempts to show the entire picture, for good or for ill.

The fans really provide the beating heart of the documentary. Monster Squad is a movie about freaks and weirdos and outsiders finding their people, finding a place to belong. So it’s only fitting that people who feel similarly, who didn’t ever quite fit in, found this movie. It means so much to so many people, it’s hard to dodge the warm glow of their passion and enthusiasm. (Especially because I’m one of them—I had bootleg copy for a long time and bought the 20th anniversary DVD the day it was released in 2007.) There’s an especially poignant segment about Brent Chalem, who played Horace, who uttered the line the doc takes its title from, who passed away 1997 at the age of 22. It’s an emotional kick in the nards for sure.

Even before the popular reappearance, The Monster Squad had a sneaky, low-key influence and legacy, and that’s part of what sets Wolfman’s Got Nards apart. It’s not groundbreaking or probably of much interest to a huge audience, but for the inclined, it’s a great deal of fun. For me, this is cinematic comfort food, a warm, fuzzy hug of a documentary. [Grade: B]

Wolman rules. Enjoyed the film. And your review of it, as well.