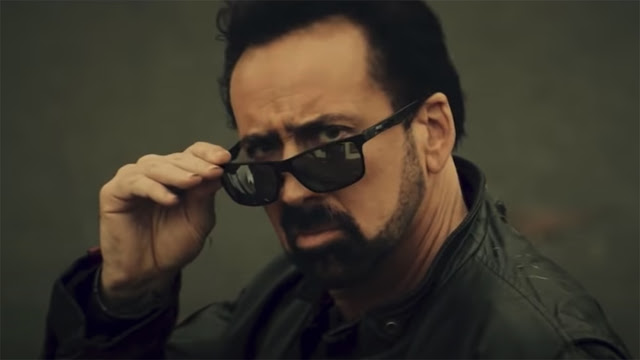 Nicolas Cage certainly makes choices when it comes to movie roles. Some are obviously driven by his well-publicized financial issues, where he only shows up for a paycheck. Other times he’s more invested, like Mandy or Color Out of Space. Regardless of the why, he’s insanely busy, has dozens of ridiculous sounding movies on the way, and we’re excited for many of them. This includes Willy’s Wonderland, where he plays an amusement park janitor tormented by animatronic creatures come to life. Check out a brief new teaser below.

This teaser from Bloody Disgusting only clocks in at 15 seconds long, but I feel like it accurately captures what Willy’s Wonderland is all about. Terror and creepy animatronics trying to kill Nicolas Cage. We’ve all watched movies for much less than that. Hopefully this pays off the bonkers premise.

Along with the likes of Jiu Jitsu, where Cage and an incredible crew of cinematic martial artists use their skills to battle aliens, and Sion Sono’s Prisoner of the Ghostland, which Cage called, “the wildest movie I’ve ever made,” Willy’s Wonderland is one of our most anticipated movies of 2020.

The Janitor (Cage) finds himself stranded in a remote town. Unable to pay the repair shop to fix his Jeep, he agrees to work off his debt by spending the night cleaning Willy’s Wonderland, an abandoned theme park full of animatronic characters that were once a beacon of fun for children to play with.

But Willy’s Wonderland carries a dark secret that The Janitor is about to discover. He’s been lured into a deadly trap, or rather, a living nightmare, as the Wonderland’s animatronic characters come to life to destroy him. The Janitor is forced to fight his way from one monster to another, trying to survive until morning.

And The Janitor doesn’t play nice.

Sound good to us.

Posted by Brent McKnight at 2:27 PM

Nicolas Cage rocks. Always enjoy his films. And so I enjoyed your story about him :)

Yeah, Nicolas Cage is never going to be boring, you can hang your hat on that.

This is one of my favorite films with Nicolas Cage starring. Nice story, great acting.

I think this is absolutely gorgeous. Enjoyed it quite a lot, and will definitely consider going back to watch it again