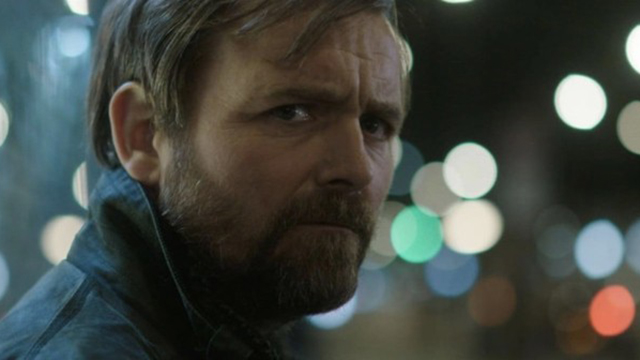 Neil Maskell (Kill List) may not look like a typical cinematic badass, he just looks like a normal dude you’d pass on the street and not give a second thought. But holy hell, people in movies need to stop messing with him because he will straight up wreck them and be terrifying as hell in the process. Case in point, Paul Andrew Williams’ revenge thriller Bull.

Maskell plays the titular Bull. Once a mob enforcer, feared for his short temper and particular brand of brutality, after being gone for ten years he returns seeking retribution against those who betrayed him. A simple enough premise, Williams unfurls the story across multiple time frames, doling out bits of the story of what happened to Bull in the past, his bloody vendetta in the now, and the mystery of why everyone is so damned surprised to see him again. 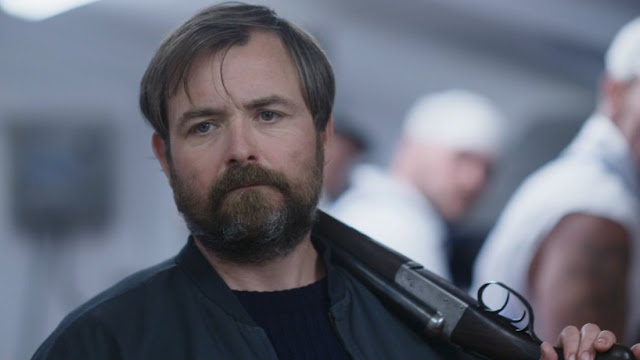 And boy does Bull ever exact his vengeance. He’s not afraid to saw an arm here and there, meat cleaver off a few fingers when it suits him, or otherwise torture and bludgeon his way through his former compatriots. Maskell infuses Bull with a special kind of ferocity, vacillating between a quiet, simmering menace and an unhinged, seething, unstoppable madness. The image of a grown man in bumper cars doesn’t automatically sound scary, but in this situation, it sends chills up your spine.

Bull is tight, quick, and mean. Williams’ script doesn’t waste time getting down to business, and it deals out information in clever fashion, building tension and escalating the pressure on both the characters and the audience. It toes the line between thriller, horror, and crime saga, subverting expectations along the way, creeping toward a dark reveal. [Grade: B+]

Is Bull the Devil? Is that way the priest is shrieking?

That’s how I took it. The black eyes as well

Not the devil himself but one of his demons. The Devil existed long before he was sent to hell. Bull is the name of an evil hell demon in other stories as well.