'Crimes Of The Future' Trailer: David Cronenberg Gets Back To His Body Horror Roots 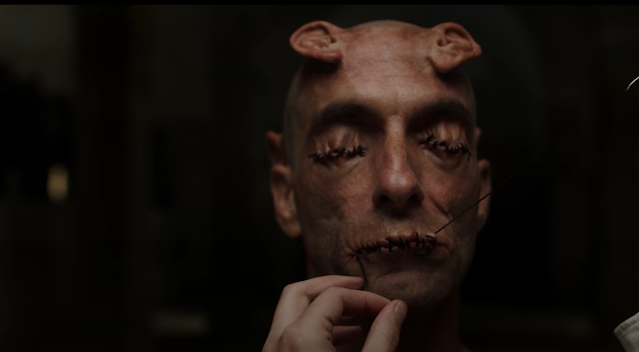 Add the name Cronenberg to any movie and you have our undivided attention. Especially when it’s familial patriarch David Cronenberg. And especially especially when the film in question turns out to be a sci-fi-twinged body-horror romp. Such is the case with this first teaser trailer for his latest outing, Crimes of the Future. Check it out below, it has all the uncomfortable squeamishness one could hope for.
It is, of course, only a trailer, and a teaser at that, but Crimes of the Future bears all of Cronenberg’s trademarks. It’s dark and esoteric and full of haunting imagery, and, because it’s David Damn Cronenberg, features a banger of a cast fronted by the stellar trio of Viggo Mortensen, Lea Seydoux, and Kristen Stewart.

As the human species adapts to a synthetic environment, the body undergoes new transformations and mutations. With his partner Caprice (Léa Seydoux), Saul Tenser (Viggo Mortensen), celebrity performance artist, publicly showcases the metamorphosis of his organs in avant-garde performances. Timlin (Kristen Stewart), an investigator from the National Organ Registry, obsessively tracks their movements, which is when a mysterious group is revealed… Their mission – to use Saul’s notoriety to shed light on the next phase of human evolution.

This description definitely sounds right up the Canadian director’s alley and should provide ample opportunities to make us squirm in our seats. Though he’s been acting in the likes of the new Star Trek lately, and has knocked out a couple shorts, he hasn’t made a feature film since 2014’s Maps to the Stars. So this is a rare treat indeed.

Also written by Cronenberg, there’s no word when Crimes of the Future will be available to we the unwashed masses, though the film is slated to debut at the 75th Cannes Film Festival in France in May. It’s hard to imagine there won’t be some sort of end-of-year awards push, so it seems likely the rest of us will still get to see it this year.

Posted by Brent McKnight at 7:09 AM