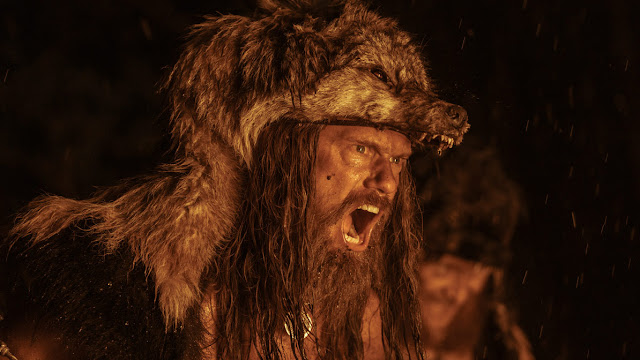 I may not be as entirely in love with The Northman as many, though I do think it’s quite good. I am, however, definitely in love with the fact that after The Witch and The Lighthouse, which has budgets of approximately $5 and $11 million respectively, someone gave Robert Eggers a shit-ton of money (reportedly in the neighborhood of $90 million) to direct a bonkers-ass, borderline-hallucinatory Viking epic. And damn does he ever go for broke. It’s strange and esoteric and features both a White-Walker-looking Valkyrie with braces and Bjork playing a creepy no-eyed witch to provide a bit of context.

The plot of The Northman plays something like Conan by way of Apocalypse Now with a detour into Valhalla Rising territory. With just a dusting of Hamlet for good measure. When Amleth (an anagram of Hamlet, played by Alexander Skarsgard) is a young boy, his uncle, Fjolnir the Brotherless (Claes Bang) kills his father, King Aurvandil War-Raven (Ethan Hawke), and kidnaps his mother, Queen Gudrun (Nicole Kidman). Amleth escapes and vows to avenge his father and save his mother. Years later, now a hunky adult who takes every opportunity to remove his shirt despite the fact most of the movie takes place in chilly Nordic settings, he finally gets his chance for retribution. Along the way he falls in with the witchy slave Olga of the Birch Forest (Anya Taylor-Joy). 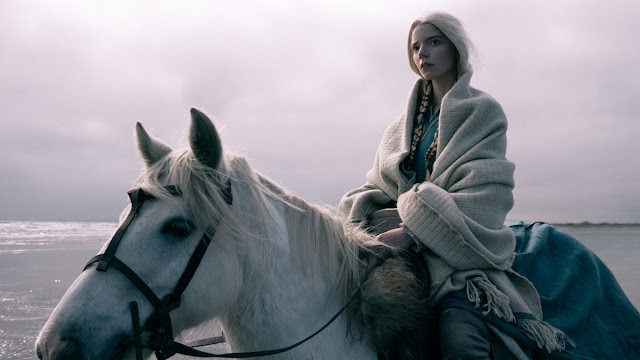 Steeped in mythology and folklore, The Northman unspools like a dreamy nightmare of vengeance. Gods, spirits, and magic are all in play; Ethan Hawke and his young son trip balls and channel their inner wolves; brutal old-timey violence is never more than a moment away; Willem Dafoe gets to tell narsty, foul-mouthed jokes at the expense of the royals; and characters have awesome names like Finnr the Nose-Stub (because his nose gets cut off), Hallgrimr Half Troll, and He-Witch. After kicking off with a couple of major, barricade-leaping action set pieces, the film settles into a methodical, contemplative amble fraught with reveries and visions and a near-insatiable blood lust.

For as nuts at the movie does get at times, it’s often restrained, almost timid. Like it sprints up to the precipice of being absolute insanity, but always pulls back at the last moment, never taking the total plunge, in both individual scenes and as a whole. For as outlandish as it aims to be, the result is almost conventional. In publicity interviews, Eggers has said he didn’t have final cut of the film, which may have influenced the finished product, but for all the building it does, it never fully gets to where it needs to go. 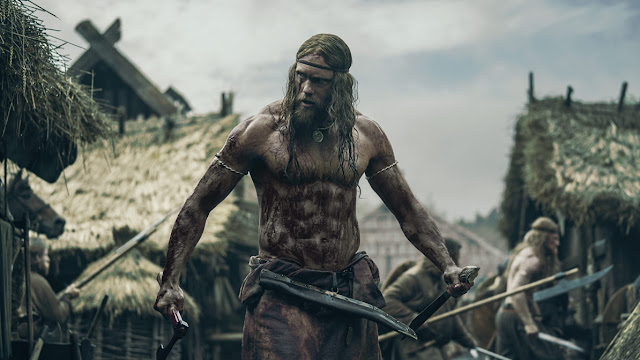 That’s a relatively minor quibble, but while it’s a fantastic movie, gorgeous and dazzling to gawk at, it’s also easy to see how The Northman could have been even better. A simple story wrapped in spectacular stylistic trappings, it could have benefitted from cranking things up even further and going even more unhinged. Still, it’s a hell of a movie and you’re unlikely to see utter weirdness on such a grand scale anywhere else. And again, bless whoever decided to give Robert Eggers a budget this big, because he certainly makes excellent use of his resources. [Grade: B+]

Found your post interesting to read. I cant wait to see your post soon. Good Luck with the upcoming update. This article is really very interesting and effective.