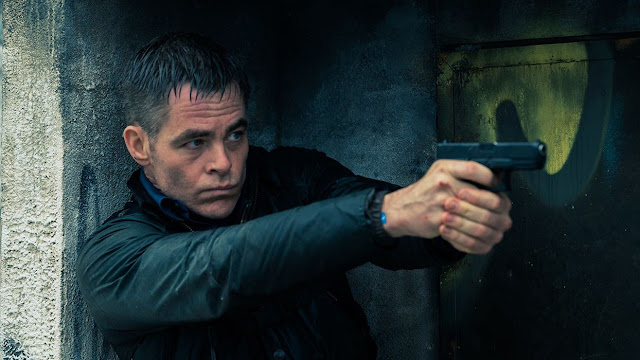 The Contractor is fine, just fine. Director Tarik Saleh and writer J.P. Davis deliver precisely the airport-dad-novel-come-to-life story it promises. Chris Pine turns in strong central performance that grounds the slick Bourne-light premise and execution. And the film has aims to say something about how America treats its military veterans that, while clunky and heavy-handed, is admirable and earnest. It’s fine, just fine, which is both the best and worst one can say about the film. This fact also makes it imminently forgettable.

James Harper (Pine) is a career military man, an elite Special Forces operator. He’s also rapidly aging out, his body deteriorating under the rigors of his service. Due to a bad decision in rehabbing an injury, he’s involuntarily discharged with no pension or healthcare, left adrift and, more importantly, broke and desperate. An old buddy Mike (Ben Foster) hooks him up with a shady private military contractor (Kiefer Sutherland). Lured by the promise of a life-changing payday, he leaves his wife (Gillian Jacobs) and young son for a mission. When the job, of course, goes bad, he’s left in the wind, trying to make his way home and unravel the sinister mystery behind their assigned task. 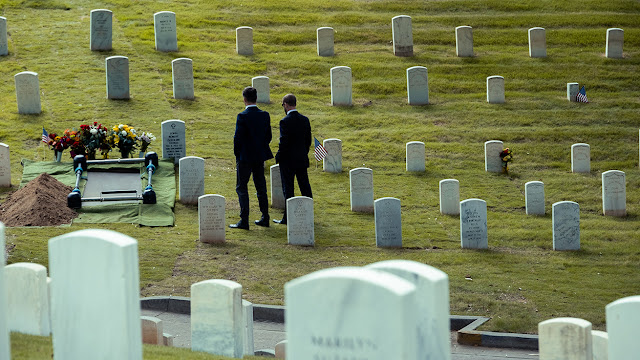 The Contractor takes its sweet time setting all of this up, driving home James’ emptiness at losing the only life he’s ever known and his inability to care for his family. Pine does a good job imbuing the character with pathos and a relatable every-man sensibility. However, the surrounding set up is nothing but stock, toothless cliches. Foster, never one to phone it in, does what he can with an underwritten part. The film completely squanders Jacobs as the standard harried, long-suffering wife. Sutherland exudes a snake-like menace and low-key sleaze, but he’s also only in three scenes.

Various underdeveloped and unexplored themes and ideas clutter the movie. It tries to touch on the high rates of veteran suicide, which, of course, is absolutely horrific; how the military fails those who serve; and how there are predatory actors more than happy to take advantage of former soldiers who’ve been cast aside. An odd religious undercurrent runs throughout. As does a running thread with young James and his over-bearing, similarly troubled military father. On the surface, these are intriguing topics that should be talked about, especially things like looking after members of the military, but as deployed here, they never become anything more than window dressing. The stuff with James’ dad does, however, lead to a hilarious flashback where young James gets just the worst American flag tattoo. It’s supposed to be heavy and indicative of the pressure put on the child, but it’s mostly funny as hell. 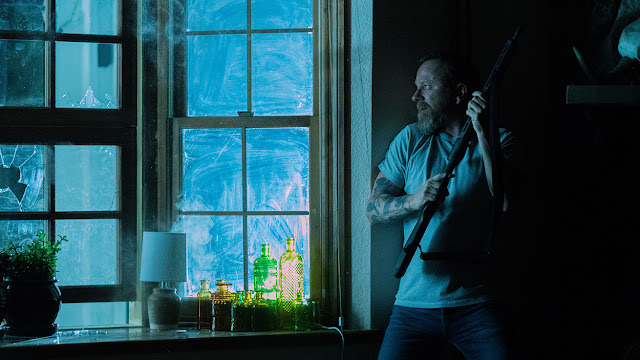 The Contractor works best when it finally sends James and company on their job. It doesn’t do anything at all outside of the typical modern-day political intrigue tropes or push the boundaries of this type of tactical-edged thriller, but it’s glossy and watchable and this thankfully takes up the bulk of the movie’s back half. There are really two parts to this. First, it tracks James, Mike, and crew on what they’ve been told is a data-gathering job in Berlin. Saleh leans heavily on tech and military strategy as the team observes, plans, and executes their objective. Things get hinky and go south, which leads to part two, James on his own, navigating this treachery, trying to survive, find the truth, and get home.

The whole film plays a bit like an origin story. Not to hammer home the airport-thriller comparison, but that’s exactly how The Contractor feels. If someone said there’s a series of James Harper novels that appear on bookshelves every year, sell a ton of copies, and are almost instantly forgotten, it wouldn’t be surprising. It does what those stories do well, but it also hits all the familiar beats and potholes of that political thriller genre. Pine does a nice job, but beyond his inherent likeability, the character, like the movie writ large, isn’t interesting enough to stand out or leave a lasting impression. [Grade: C]