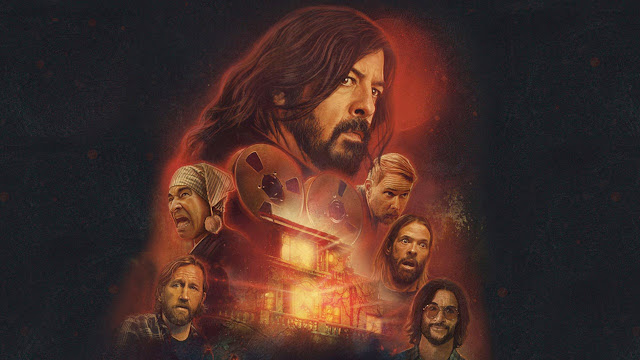 Studio 666 was probably a movie that was a total blast to make. Starring Rock and Roll Hall of Famers Foo Fighters, and based on an idea from frontman Dave Grohl, this goofy horror-comedy definitely falls into the category of musical vanity project. While it does have a few charms, and plenty of gore and splatter, this is one primarily for Foo fans. Though, to be fair, it is much more watchable and entertaining than most similar attempts by rockers trying to become filmmakers.

Director B.J. McDonnell (Hatchet III and a slew of music videos) and writers Jeff Buhler (Midnight Meat Train) and Rebecca Hughes (Grounded for Life) attempt to turn in a campy, B-movie romp. The result, however, is an up and down affair. The film never goes for broke enough to deliver on the inherent silliness of the concept. And while it has specters and blood and murders galore, the plot plays out in familiar horror fashion, only without much to prop it up. If this had been a stripped down, over-the-top 80-minutes, it could have been a hell of a time, but instead it meanders around for an-hour-forty-five with too many middling laughs and feeble scares. It contains moments of inspired gooiness, but they’re too few and far between to leave a lasting impression. 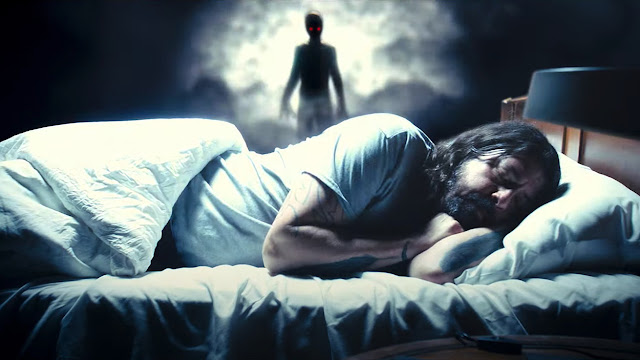 Facing a crippling bout of writer’s block and with the record label breathing down his neck, demanding a tenth record, Grohl moves the band into a mansion studio to record. The mansion is, of course, haunted, having been the scene of a legendary rock and roll murder in the 1990s. Dave and company—drummer Taylor Hawkins, bass player Nate Mendel, keyboardist Rami Jaffee, and guitarists Pat Smear and Chris Shiflett—then face off with a vaguely defined supernatural evil that threatens the band, their lives, and the recording.

Starring musicians, the acting understandably fluctuates wildly. Studio 666 most focuses on Grohl, to its benefit. While not what one might call a good actor, in a traditional sense, he understands the assignment best and goes for it with the most gusto. (Between this and the fact he came up with the story this winds up feeling more like a Dave Grohl movie than a Foo Fighters movie.) He’s all in on this. 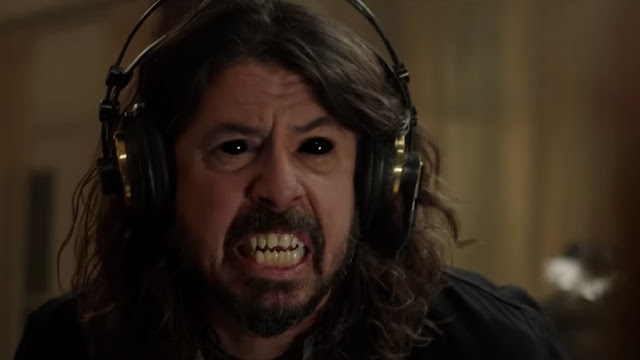 Other members of the band have moments to shine, but for the most part come across as people who don’t know a lot about acting trying to act. Again, not their chosen profession so it’s to be expected, but they’re wooden and clumsy. They’re best when collectively Scooby-Doo-ing around trying to figure out why Dave suddenly has really sharp teeth and likes his steaks raw, getting picked off one by one. The exception here is Jaffee, who, though equally as clunky delivering lines, has a damn fine time playing a version of himself as a loopy new-age horndog. That can be hoot, and the man is not afraid to wear a speedo.

You get a handful of cameos, like Will Forte as a delivery driver and Whitney Cummings as a nosy neighbor. Jeff Garlin plays a record exec, Jenna Ortega has a small role, and Leslie Grossman plays a realtor with a secret. There are a couple of obligatory musician sightings, like Lionel Richie and Slayer’s Kerry King, though the most exciting one is an appearance from horror master John Carpenter, himself a musician. (Carpenter actually did the theme for the movie.) 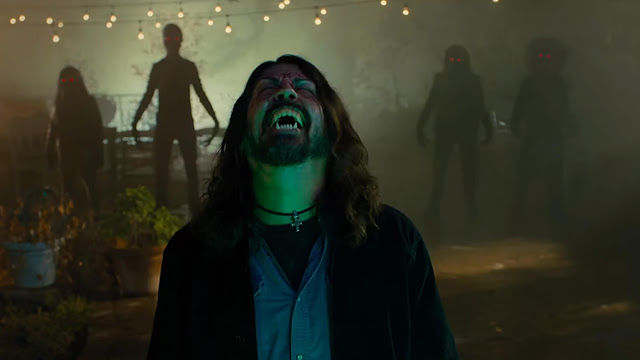 If you hear the phrase “Foo Fighters horror movie” and think you might like that, you will probably enjoy Studio 666 exactly as much as you expect. Because it is exactly the movie it promises to be. Beyond that, it is, at best, a modestly entertaining novelty, but just kind of fine. Fans of the band should relish watching the guys play around and have a lark, but in a grander sense, this is another illustration that just because someone is a horror fan and has fun music videos, doesn’t always mean they can make a good horror movie. [Grade: C]