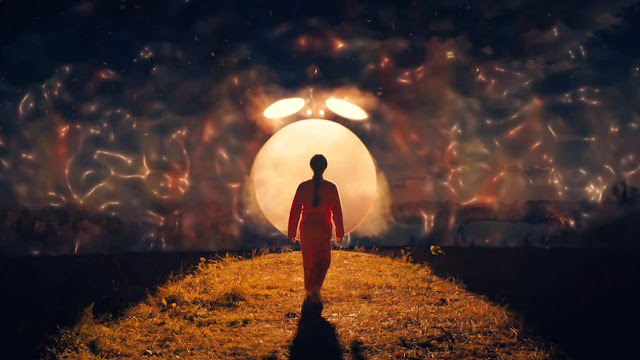 When cults and horror and sci-fi collide, that’s a sweet spot. Cinematically speaking anyway, it’s probably not so great in real life. Such is the situation for writer/director Jefferson Moneo’s new film, Cosmic Dawn.

Taking its title from an eponymous cult, the story follows Aurora, aka Ro (Camille Rowe, The Deep House). After witnessing her mother being abducted by extraterrestrial visitors as a child, she’s grown into a troubled, drug-and-booze-abusing 20-something. A chance, or perhaps pre-ordained, meeting with a bookstore owner, Natalie (Emmanuelle Chriqui, You Don’t Mess With the Zohan), leads her into the arms of an esoteric movement led by the charismatic Elyse (Antonia Zegers, Too Late to Die Young), where she encounters a handful of true-believers, and one skeptic there for love, Tom (Joshua Burge, The Revenant). 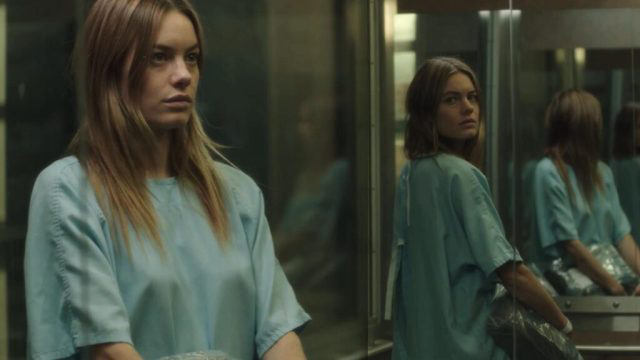 Cosmic Dawn unfolds in two timelines simultaneously. The first tracks Ro meeting Elyse, joining her at a remote compound, and drinking the Kool-Aid, so to speak. The second, set four years later, picks up with Ro having left the group, for reasons initially left unexplained, though the implication is something sinister occurred. Moneo’s script jumps back and forth, coded visually in general by Ro’s hairstyle—she pulls her hair back into a small bun in the later era.

This is where the film derives the bulk of its tension, of which there is a great deal. We know something bad happened, but even as Ro buys in—complete with musical montage full of brightly colored jump suits, slow motion dance parties, and scenes of running and giggling through the woods—this casts a shadow over everything. For most of the movie, however, the earlier thread winds up much the most compelling of the two. There’s enough of a dark edge that it never asks the audience to buy the idyllic sales pitch, and the four-years-later line only pops in every once in a while to say, “Wait for it, it’s coming.” It’s not horrible, and it does pay off in the end, but for the bulk of the movie it pales in comparison to the other and feels like we’re just biding time to get to the good stuff.

[Related Reading: 'J.R. "Bob" Hobbs and the Church of the SubGenius' Movie Review] 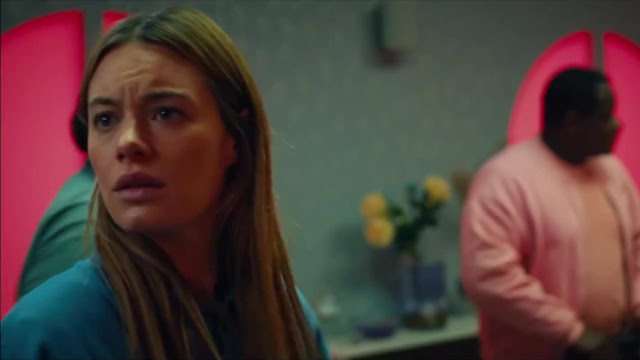 As is so often the case in movies about cults, there’s also the lingering question: Is this genuine or not? Is Elyse the real deal or totally full of BS? She does have details about Ro’s mother, and other acolytes, that she has no business knowing, but she also has flourishes of con artist to her game. Zegers toes this line in fantastic fashion, capturing the engrossing thrall of a charismatic people mover, playing Elyse as part good-time radio DJ hype-man, part cryptic bruja. She’s creepy and unsettling at the same time she’s alluring.

Rowe does a nice job with Ro, depicting her lost, broken soul who both pushes her demons away, primarily with other demons, at the same time she also, deep down, wants answers. She drifts with a tormented ennui. From the get-go, Moneo employs a variety of trippy visuals and photography effects that not only drive home Ro’s damaged, suggestive mental state, but also serve a practical purpose as part of the cult’s method of indoctrination. This would be a fun movie to watch in a basement with a fistful of mushrooms. Beyond the hallucinatory aesthetics, this is also a lovely movie to look at. Cinematographer Vlad Horodinca (Riverdale) shoots the hell out of the remote island setting, enhancing the isolation with sweeping drone shots and wide, character-dwarfing nature frames that mirror the vast, cosmic themes.

[Related Reading: 'The Sound of My Voice' Movie Review] 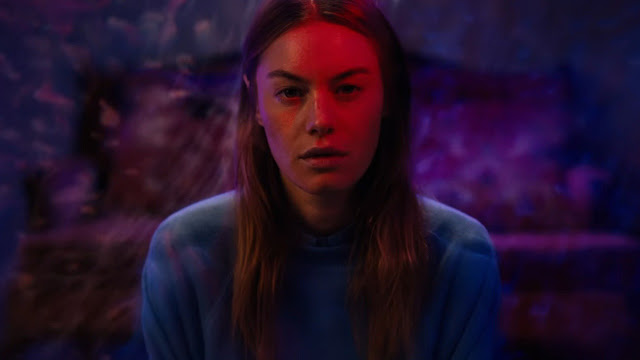 Cosmic Dawn’s greatest sin is that it founders around in the middle. It introduces a thread about cultist’s concerned family members that, while probably necessary to some degree, is flat and doesn’t carry the weight it needs. And for most of the second act, when it the film cuts to the latter narrative, it’s more obligatory, like we haven’t checked in here for a while, rather than advancing the plot—these scenes can only do so much without giving it all away, but still don’t always accomplish anything substantial. Though the strands ultimately weave together well, the middle portion remains messy.

Though Cosmic Dawn hits a few stumbling blocks, it never faceplants into the dirt. There are obvious nods to groups like Heaven’s Gate, and with a synth-heavy, almost 8-bit-video-game soundtrack, from MGMT among others, it owes a lot ‘80s genre films, synthesizing familiar elements with a fresh new eye. More ominous mood and a tension-filled atmosphere of impending disaster than all-out horror, this is unnerving and unsettling in all the right ways, and a compelling endeavor well worth checking out. [Grade: B]

Posted by Brent McKnight at 9:18 AM