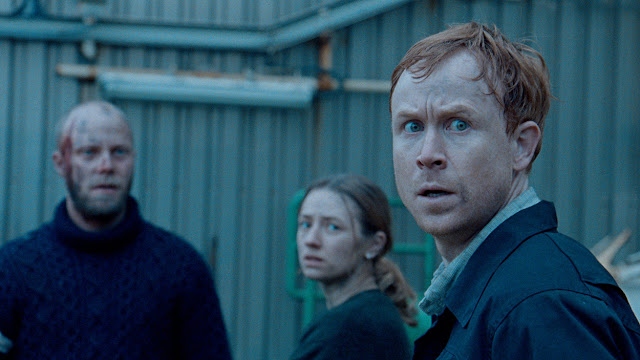 With 2015’s The Wave and it’s 2018 sequel The Quake, Norway turned in two of the best disaster movies of the last decade, if not longer. It’s a feat made even more impressive that they both cost around $6 million and pulled off spectacle on a scale Hollywood hasn’t achieved recently with exponentially more money. Much of the creative team, including Quake director John Andreas Anderson, and writer Harald Rosenlow-Eeg, who penned the previous two films, are back with a new cinematic catastrophe, The Burning Sea.

The Burning Sea serves as more of a spiritual sequel to The Wave and The Quake; it’s an aesthetically and tonally similar tale of environmental calamity, though there’s no direct link to the earlier stories. Part of what makes those other films work so well is that they take the time and space to develop the characters and nurture a connection between the people on screen and the audience. Burning Sea follows the same roadmap, creating an epic disaster with a personal edge. 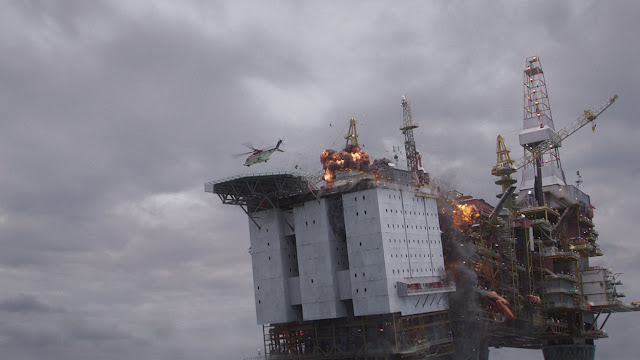 When an oil-drilling platform off the Norwegian coast collapses, it’s just the start of a much larger, potentially devastating ecological issue: a crack opening on the ocean floor about to spew all kinds of nasty business into the water. Things go from bad to worse and ultimately it’s up to Sofia (Kristine Kujath Thorp) and Arthur (Rolf Kristian Larsen), a pair of submersible robot operators, to save Stian (Henrik Bjelland), Sofia’s partner (they just agreed to move in together, OMG!), who works on one of the rigs in imminent danger. Imminent danger, in this case, takes the form of deteriorating structures and a very, very flammable ocean surface.

Though The Burning Sea hits all the notes, it never truly coalesces. The plot and story wind up unfocused and shallow. Individual scenes create strain and pressure, but much of the film runs from set piece to set piece, rarely pausing fully to explore them, and the momentum moves too quickly to develop any prolonged tension. The script throws obstacle after obstacle at the heroes, one after another, but rather than building to a frantic, frenetic desperation, it plays a bit disjointed, more like a string of cool sequences rather than a single, unified narrative. It’s not bad, but the movie simply never capitalizes on what it does best—the film would benefit by slowing down a notch or two on occasion and letting these moments of peril breathe. 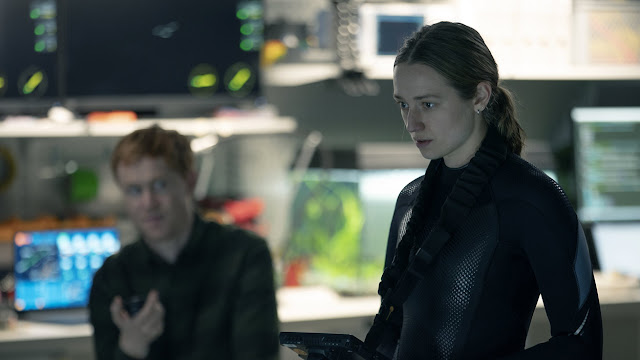 It is also odd, in a movie of this ilk, to see the big, wealthy oil company makes the right decision for a change. When presented with the evidence of the potential for a near-apocalyptic environmental event, they, in relatively short order, decide to not only stop what they’re doing but also haul ass to evacuate all of their employees from harm’s way. It’s simply too late to matter. This probably stems from the fact that this film is produced by a country where they actually value human life more than money (though capitalism and corporate greed are definitely why this scenario exists in the first place), but from an American perspective, this almost feels quaint, not to mention unrealistic. (Remember a few months ago when people died working in a warehouse because Amazon wouldn’t let employees evacuate during a tornado?)

Thorp is fantastic as Sofia, crafting an earnest, nuanced, compelling character. She and Stian have a textured, relatable relationship, and later, her drive to save the person she loves, as well as her raw survival instinct, all ring incredibly authentic. Even the friendship between Sofia and Arthur comes across as lived-in and real; they feel like co-workers, but that they have also become close over the years. 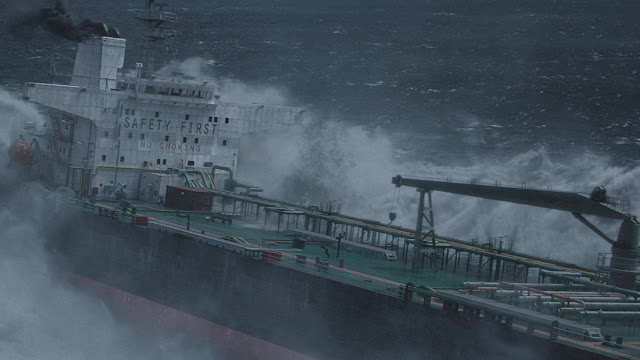 Shot by cinematographer Pal Ulvik Rokseth (22 July), The Burning Sea presents plenty of chaotic eye-candy. The image of the ocean surface on fire is an indelible one for sure, and, again working with a fraction of the money most studio blockbusters have, they generate an impressive scope and scale—we don’t often get to see oil tumble into the sea, but they execute it flawlessly. At times, the film pushes the spectacle into the background, to its detriment. However, even the interiors, as the protagonists flee through a crumbling platform, there’s a palpable claustrophobia, with set ups almost aping the likes of Alien, obviously sans blood-thirsty extraterrestrial killing machines. Though while the destruction and mayhem are the primary draws, they take a backseat far too often.

The Burning Sea has a great deal to recommend it; thrills and spectacle and looming peril. Still, it never fully lives up to its potential. It’s solid and entertaining, and certainly worth checking out, but it’s hard not to see and imagine what could have been. [Grade: B-]