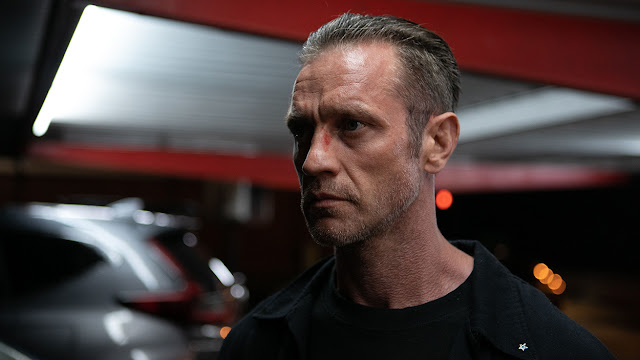 Gasoline Alley is, if we’re being honest, not great. It has script issues, up and down acting in a number of roles, and a handful of other problems. But at its center there’s Devon Sawa as a grizzled ex-con tattoo artist accused of a crime he didn’t commit chain smoking, driving muscle cars, and tough-guy-quipping his way through the seedy underbelly back rooms of Hollywood. If nothing else, that makes it compelling enough to be watchable.

Sawa plays Jimmy Jayne. Jimmy is the last person seen with a prostitute named Star (Irina Antonenko) the night before she and two other working girls are murdered. And wouldn’t you know it, the cops think he did the deed. With detectives Freeman (Bruce Willis) and Vargas (Luke Wilson) breathing down his neck, and all manner of shady underworld characters up in his business, Jimmy sets out to solve the case himself and clear his name. 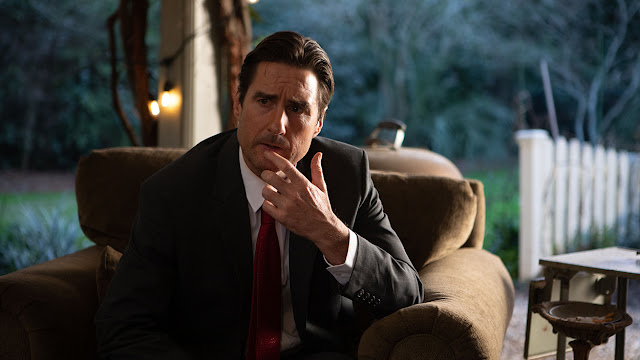 The script from Tom Sierchio, most known as a stunt performer, and director Edward Drake (Cosmic Sin, American Siege) follows the film noir playbook—think a sweaty ‘80s noir riff. The plot overflows with mistaken identities, crooked cops, sultry ladies, porn producers, and various other elements with less-than-stellar reputations—at one point there’s seriously just a guy in a gimp suit hanging out eating like a bowl of cereal. And more hard-boiled barbs flung back and forth than you can shake a stick at. It spirals at times, if you look too close, the pieces don’t always fit snugly together, and a few threads, like an early romance between Jimmy and Christine (Kat Foster, the great Jean-Claude Van Johnson), vanish into the ether, never to surface again.

Still, for any pitfalls and narrative gaps, Sawa keeps the audience reasonably on the hook. Maybe it’s the Idle Hands stan in me talking, but he does a solid job as the grim, stoic hard-case, drifting through life, more interested in being left alone than engaging with the world. I know he never really went away or stopped working, but between movies like this and Hunter Hunter, I dig a lot of what he’s doing lately. (Also, he’s freaking yoked here and now I want to see him play like a mercenary type or a gnarly biker—get this man another action vehicle, stat.) 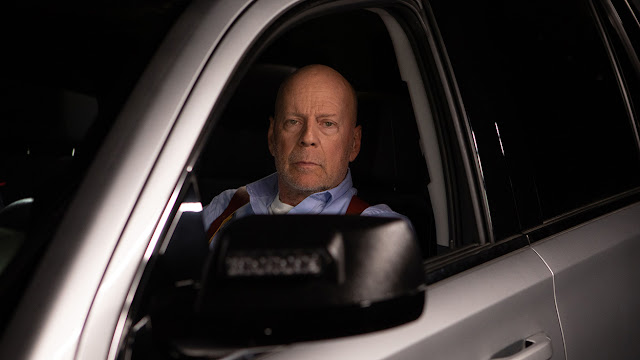 Gasoline Alley falls into same category as most of the current Bruce Willis direct-to-video canon—he has nine, possibly 11 movies coming out in 2022. He’s biggest on the poster, prominently featured in the trailer, and the general center point of the marketing, though he only shows up in a few scenes and appears like he can hardly be bothered to be there, let alone care. (If there’s any credence to reports he’s in the midst of early-onset dementia, this takes on a whole other, much more depressing tone as he stumbles over lines and even looks confused or lost.) You could replace him here with almost anyone without negatively impacting much, if anything.

I’m not entirely sure what Luke Wilson is doing. Then again, I’m not sure the movie knows what it’s doing with Luke Wilson. Vargas plays inconsistent to say the least—initially he goes hard at Jimmy, trying to back him into a corner, convinced of his guilt; but by turns he’s also Jimmy’s ally and co-conspirator, but also a skeptic, or maybe his pal. Who knows? The character is all over the place. Wilson, for his part, at least has a good time chewing on cop slang and meaty, cynical detective-story cliches. 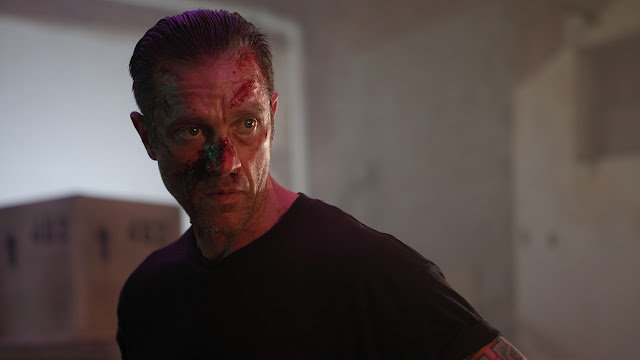 Most people aren’t likely to give Gasoline Alley much of a glance beyond something they come across and just throw on because why not. It is, after all, almost exactly what you might expect from a modern-era Bruce Will DTV action/thriller. Still, those of a certain mindset and with specific proclivities should find a few gems in the muck, and this certainly skews toward the upper third as far as this cinematic blueprint goes. Devon Sawa does good work and the grimy, noir-soaked vibe can be fun enough to hold your interest if you’re in the right frame of mind. [Grade: C+]