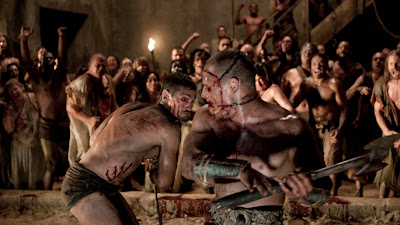 So much screaming and stabbing. That is the basic premise behind the first season of “Spartacus: Blood and Sand”. The parts that involve neither stabbing nor screaming are built around naked breasts, beheadings, eruptions of blood, and intrigue.