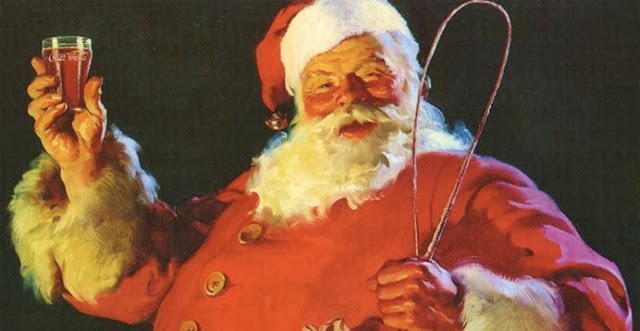 Since their inception, movies have loved to use holidays as a backdrop to the stories they tell. It makes sense. Celebrated by large swathes of the population, their inclusion lends an air of communality to the proceedings, a sense that the people on screen are not so different from you the viewer. Each holiday comes with its own set of easily recognizable tropes, which go a long way to setting the scene, and many bring with them their own set of complications and problems to add layers to a narrative. How many times have we watched a family gathering set on Thanksgiving, where people not usually in the same room with one another come to blows, real or metaphorical, when forced into close proximity?

Christmas, being the biggest kid on the holiday block, has easily amassed the greatest number of holiday-themed movies, and science fiction is not immune from taking part in the cinematic festivities. In honor of December 25 rolling around once again, we decided to put together a collection of some of our favorite sc-fi movies set on or around the birth of Baby Jesus. Take a look for yourselves, and let us know in the comments what you think of our choices. And let us know if you have any favorite sci-fi holiday gems that we may have overlooked.

Part sharp political satire, part slapstick dystopian nightmare, Brazil is Terry Gilliam at the peak of his considerable filmmaking powers. The battle to get the movie to the big screen is almost as epic as the film itself, with Gilliam in the role of the hero slaying the metaphorical monsters of studio executives. Set against the backdrop of Christmas in an uber-materialistic, overly bureaucratic society, Sam Lowry (Jonathan Pryce), a low-level office worker with an overactive fantasy life, smashes through all social mores and regulations to maybe save an imagined damsel in distress. Near equal parts hilarious absurdity and grim prognosticating, Gilliam shreds institutional and societal conventions with a razor wit, fabricating a world that is both entirely foreign and all too familiar. An early scene in Lowry’s office is eerily similar to the day jobs most of us slog through.

If you’re like us, and I suspect many of you are, the first thing that comes to mind when you think of the Alien universe is, of course, Christmas. Those slobbery, acid-blooded xenomorphs scream holiday spirit like nothing else in sci-fi. The latest return to that world, Ridley Scott’s 2012 adventure Prometheus, takes this to heart, and the action goes down around Christmas. While not the game-changing event many fans hoped it would be, I’m of the camp that thinks Prometheus got a bit of a bum rap. Are there problems, big problems? To be sure. And it is full of the worst cinematic decision making this side of the Hangover movies, but I enjoy it. It’s worth watching to see the scene with drunk Idris Elba and the Christmas tree alone. You might not want to watch it on the actual holiday, however, especially with family, that alien-fetus abortion scene could lead to some awkward dinner table conversations. Family gatherings are already tense enough without opening up that can of worms.

Gremlins taught us many important life lessons, chief among them is that when a wise old man at a mysterious, hole-in-the-wall shop gives you a set of very specific instructions for the feeding and care of that strange new pet you just bought, you follow those directions, to the letter. You don’t get it wet, no matter how bad it smells. You don’t feed it after midnight, even if it looks hungry and makes adorable I’m-hungry-please-feed-me-even-though-it’s-after-midnight noises. None of that. No, you listen to that wise old man because he is wise, and he is old, and he knows what the hell he’s talking about. Now I know you’re a snot-nosed teen and you think you have it all figured out, but come one, there’s a reason he’s a wise old man and you’re just a punk kid. Also, be careful what you give as gifts this holiday season. Sure, it isn’t like giving a hyperactive kid a drum set, but a house full of Gremlins will most likely come back to bite you on the ass.

Christmas is all about celebrating the birth of the child who ultimately became the savior of all mankind. Alfonso Cuaron’s 2006 film Children of Men is about a birth, one that many people want to stop, of a child who could very well wind up being the key to the continued survival of the human race. Do you think it’s a coincidence that the dystopian drama is set around the holiday? Neither do I. As much as I love his other work, like Y Tu Mama Tambien and Harry Potter and the Prisoner of Azkaban, this is easily my favorite of Cuaron’s movies. Thematically dense and tonally damn near perfect, his breathtaking visual style, in my opinion, is even more impressive here than in Gravity. Children of Men is one of those rare movies that manages to be bleak and optimistic all at the same time, and isn’t that what this time of year is all about, dealing with crushing realities and trying to find a glimmer of hope anywhere you can?

With a name like Santa Claus Conquers the Martians, you know you’re on the right track. In reality, this 1964 sci-fi holiday movie isn’t very good. That much is probably obvious from the sheer number of worst-movies-ever lists it appears on. That said, what a concept. And the film delivers exactly what the title promises, a jolly fat man in a red suit battling it out aliens. Why, you may ask? For the kids, that’s why. See, Santa doesn’t just care about the young here on Earth, oh no, he’s universal, and when the children of Mars need saving from their strict, overbearing parents, who better to help out than old Saint Nick? Maybe you should watch it with the RiffTrax on. Cinematic Titanic and MST3K have also had their way with the film, so you have options. Do yourself a favor, if you do decide this is the movie  for you, watch one of these versions, I’d hate to be responsible for ruining your holiday cheer.

It’s true that Jalmari Helander’s 2010 Rare Exports: A Christmas Tale is probably more horror than it is science fiction or fantasy, but it’s so damn much twisted holiday fun that we had to include it on this list. And it does at least involve a scientist, he’s the one who orders Santa’s grave to be excavated, thus dooming a bunch of unsuspecting Finns to rather unpleasant fates. This may be a tenuous connection, but we’ll take it. People need to learn that no good will come from disturbing an old grave, none at all. The basis for the original Santa Claus myth, this particular incarnation is more on the side of punishing the naughty children rather than rewarding those who behave, and in this day and age, there’s way more naughty than nice. Rare Exports certainly isn’t the first holiday slasher, but it is wildly original, and more than a little insane, and doesn’t that sound like one hell of a way to celebrate Christmas?
Posted by Brent McKnight at 7:30 PM