'Burying The Ex' Trailer: Anton Yelchin Gets Cock Blocked By His Zombie Girlfriend 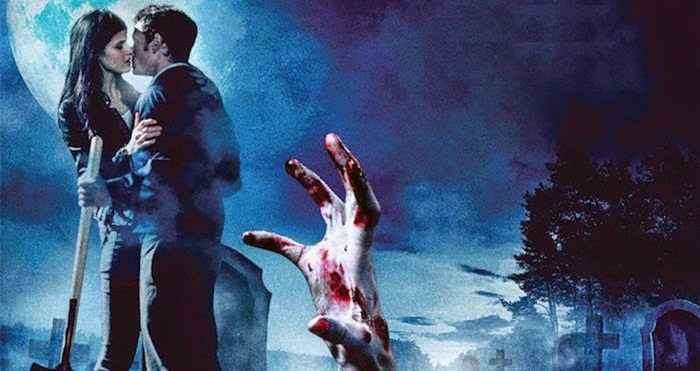 Joe Dante, zombies, a bizarre, twisted horror premise? We’re sold right there. It’s been six years since the mind behind Gremlins and Small Soldiers has directed a motion picture (though he’s helmed a number of Hawaii Five-O episodes, oddly enough), and he’s back with Burying the Ex, a horror rom-com, which dropped a new trailer today.

Partially crowdfunded and made on the cheap, this looks like it could go either way (in fact, reviews have been more than mixed). But it’s got a good young cast, a perverse story about a guy whose girlfriend dies and comes back from the dead and thinks they’re still dating, and it’s Joe Fucking Dante, so you better believe we’re going to give this a chance. Who knows, it could be a lot of fun.

Max (Anton Yelchin) is a nice guy. Evelyn (Ashley Greene) is his overbearing but incredibly beautiful girlfriend. Max knows it's time to call it quits, but there's just one problem: he's terrified of breaking up with her. Fate steps in when Evelyn is involved in a freak accident and dies. Evelyn returns in zombie form and is determined to take her boyfriend back from her nicer, cuter, possible soul-mate replacement, Olivia (Alexandra Daddario).

Burying the Ex comes to VOD and a limited theatrical run June 19. Check out the trailer below.

Posted by Brent McKnight at 3:43 PM