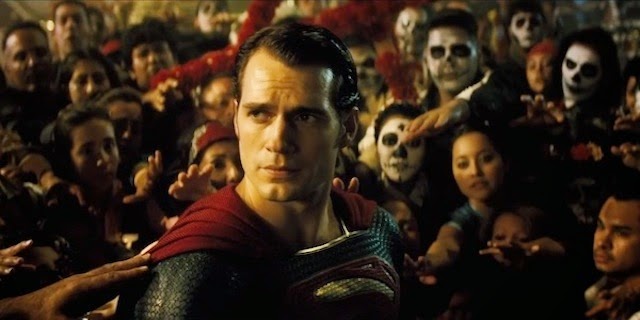 This wasn’t supposed to drop until Monday, but in the wake of a shitty cell phone video version that hit the other day, Warner Bros. decided to officially release an HD version of the first teaser trailer for Batman v Superman: Dawn of Justice. Check it out below, it’s a damn good time.

Overall, I actually really like this trailer, as a trailer. It’s dark and grim and gloomy, and looks very much like a movie I would like to watch, even if I have mixed feelings about director Zack Snyder as a filmmaker. What gives me pause is that I’m not sure how I feel about it as a Batman and a Superman movie.

The Batman side feels fine. He’s tends to be a brooding, serious fellow, and we’ve seen him go real, real dark, especially in recent years. But they’re setting up Superman as a heel, as a villain, as an invading outsider alien. We’re used to seeing him as the ultimate Boy Scout, as the ultimate good guy, so it’ll be interesting to see how people react to that. It does, however, appear that they’re borrowing heavily from Frank Miller’s The Dark Knight Returns arc, which is badass—if you’re going to lift from anything, might as well lift from the best.

Despite any misgivings, however, this definitely looks like a movie I want to see. In all honesty, I was going to see this regardless, but it’s nice to actually be excited about it (I’m meh on Man of Stees). Batman v Superman: Dawn of Justice stars Ben Affleck and Henry Cavill and opens everywhere March 25, 2016.
Posted by Brent McKnight at 11:01 AM