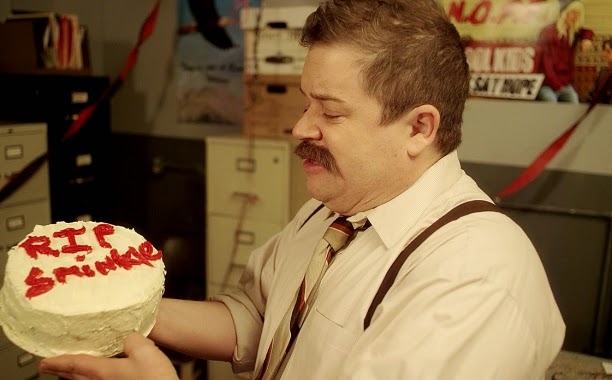 The other day, a strange thing hit the internet, the trailer for a movie called Dude Bro Party Massacre 3. It’s a bizarre, campy send up of low-to-no-budget slashers, and has some weirdly well-known faces in small roles, like Patton Oswalt, Andrew W.K., John Frances Daley, and Larry King. Yes, Larry King. Now, just a few days later, these lunatics are back with a brand new red band trailer for you to check out.

Granted, there’s not much—blood, gore, nudity wise—that differentiates this from the previous trailer, as all of those elements are prominently featured in the first video. However, while that was a manic, near-seizure-inducing explosion of horror and tongue in cheek humor, this one, while still retaining that energy, gives you a much better idea of the overall movie.

The malformed brainchild of the warped minds behind 5 Second Films—who deliver 5-second comedy sketches that are way more entertaining than you might expect from such short snippets—Dude Bro Party Massacre 3 is framed as the lost last installment of an awesomely cheesy and gory slasher franchise from the 1980s. Don’t worry, you didn’t actually miss out on parts one and two, though I would watch the crap out of them if they were. The filmmakers did manage to transcend their rather limited self-imposed time constraints, and the result looks kind of perfect.

The basic premise is that there’s a serial killer with the wonderful name Motherface on the loose, and when Brock Chirino (Alec Owen) is killed, his weird loner twin brother, Brent (oddly enough also played by Owen), must infiltrate a popular college frat to find investigate. That’s where the dude bros come into play. That’s really all the plot details that are available, but do you really need more than that to launch into this kind of mayhem? Didn’t think so. I would have watched this based on the title alone.

In addition to a better handle on the story, this time out you also get a couple of looks at Patton Oswalt, both in his day job as a fire chief, and dressed in a wizard like robe plotting some revenge. 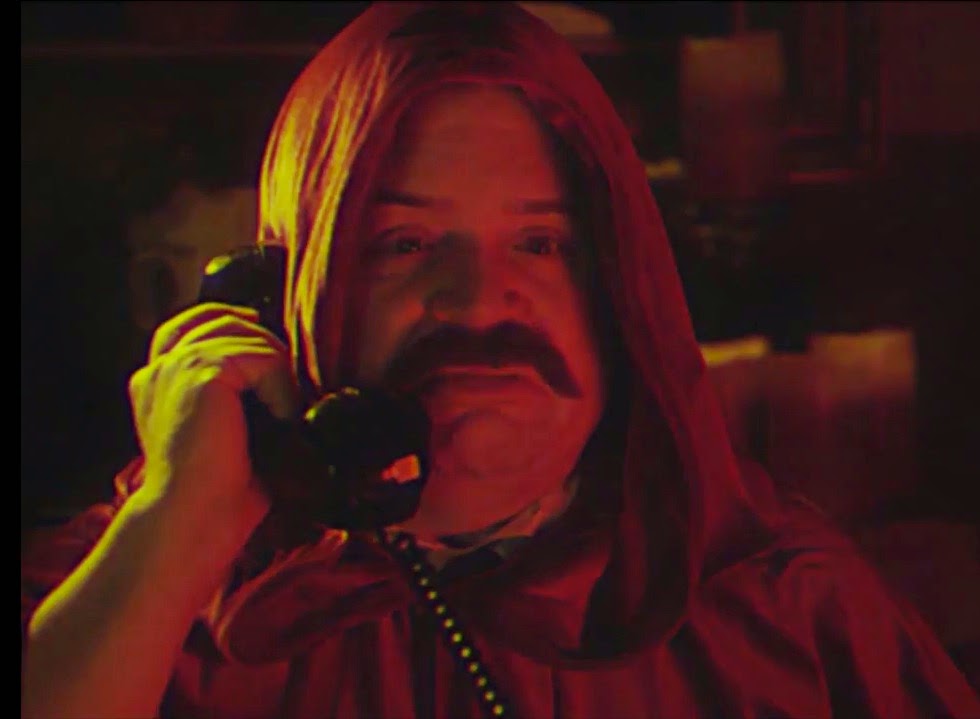 Andrew W.K. also shows up this time around, and, you guessed it, he’s ready to party. Go figure that the guy who wrote a song called “Party Til You Puke” would be into that. 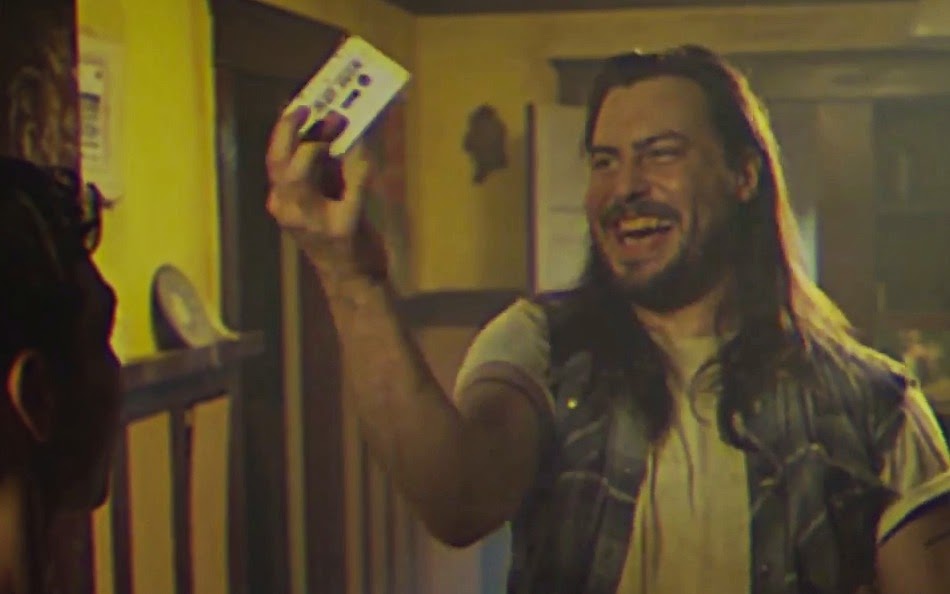 There is also a great deal of crotch spurting, throat slitting, and what I’m pretty sure is a juicer being used in a way the manufacturer never intended. Basically it’s a lot of damn fun. Just from the title, you probably already know if you want to watch this or not, and lucky you, it should hit sometime in 2015.
Posted by Brent McKnight at 10:26 AM