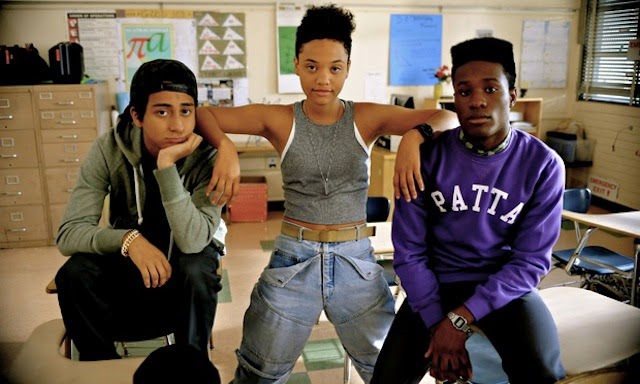 Every year, a few films come out of Sundance with a lot of hype behind them, and this year Rick Famuyiwa’s Dope is one that caused a ruckus in Park City. The story of ‘90s hip hop obsessed nerds who play in a punk band trying to make it through daily life in the hood looks hilarious and heartfelt and like a total blast. Check out the new trailer below.

This gives you a way better feel for the what the actual movie entails than the last trailer, like you actually meet the characters and learn about the story. I already wanted to check this out based on the early reviews and the descriptions, but this footage drives home that this is going to be something super fun that we haven’t seen before.

In Dope, Malcolm (Shameik Moore) is carefully surviving life in a tough neighborhood in Los Angeles while juggling college applications, academic interviews, and the SAT. A chance invitation to an underground party leads him into an adventure that could allow him to go from being a geek, to being dope, to ultimately being himself.

Dope hits movie theaters on June 19.
Posted by Brent McKnight at 11:26 AM