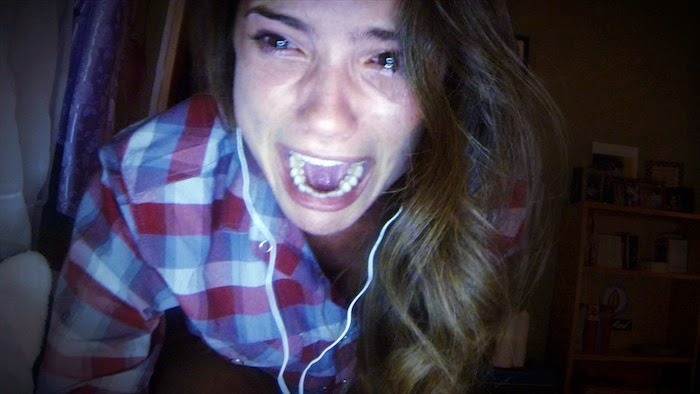 Everything eventually gets its own movie. There are films about every niche subculture you can name, every type of fandom has been documented and dramatized, and every technological advancement inspires a slew of stories to go along with it. Unfriended, the new horror movie from low-budget genre masters Blumhouse Productions, tells it’s tale entirely via social media, hitting all the touchstones, like Facebook, Instagram, Skype, Snapchat, and more. While that sounds terrible, like a what-the-hell-are-they-thinking kind of concept, they actually almost pull it off. Unfriended is almost a good movie, which in itself is a feat.

More an interesting formal experiment than a successful film, Unfriended wants very much to be a horrific cautionary tale about the modern age in which we live, where there are cameras on everything, so no event, no matter how trivial or ostensibly hidden, is documented. This desperately hopes to be The Ring or The Blair Witch Project for a new generation, and while it is never quite scary enough, never quite insightful enough, it does have a unique hook that sets it apart and is far more engaging and watchable than the premise makes it sound.

Blaire’s (Shelly Hennig) night starts out like any other. She Skype’s with her boyfriend Mitch (Moses Jacob Storm), checks her Facebook updates, listens to music, and chats with her friends. Before long, however, things take a dark turn as a mysterious online presence stalks Blaire and her buddies, and this may or may not be related to their friend and classmate Laura (Heather Sossaman), who was driven to suicide one year ago today (cue dramatic music). Or it’s someone messing with them.

Shown in real time, and framed as a continuous shot, the set up and the limitations of this approach are actually one of the strengths of Unfriended. You only ever see Blaire’s computer. The camera focuses on her screen and you see what she sees. This includes her friends on their computers, and her in her own window as well. She flips back and forth between tabs and applications, talking with someone, IMing someone else, fielding Facebook messages, Googling answers to questions, checking her email. The open tabs at the top of the screen offer insight into the character—she’s shopping, doing research for school, watching the video of Laura’s death, as well as the video that pushed her over the edge. One is even open to the page for MTV’s Teen Wolf, on which Hennig appears. This sounds clunky, but Russian director Levan Gabriadze actually makes it feel organic, there’s a logic and flow to Blaire’s actions online. 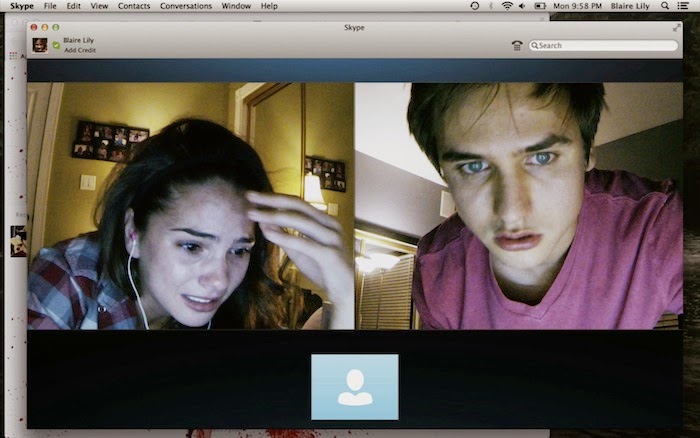 Where Unfriended works best is in the build up, and as things gradually get creepier and creepier—they think there’s a glitch, then they think someone is playing a trick on them, then it becomes clear that there is something more sinister at work—the narrative peels back layers and it is legitimately unsettling and uneasy. It’s all very familiar, but at the same time, there’s something off just enough that you know not all is right with the world.

Unfortunately, by the time you get to the middle, it comes off the rails. As whatever mysterious force torments them, playing them against one another by forcing them to reveal their darkest secrets, it becomes more overwrought and melodramatic than scary. There is a great deal of screaming teen and contrived onscreen deaths, none of which is particularly frightening. It can be moderately fun in a campy horror kind of way, but as the obvious aim is sheer terror, the film misses its mark.

Unfriended wants to comment on social media and the way we interact with these new tools that take over our lives. At one point, a character calls the police and says, “I’m at home, I’m online,” imbuing that this new space, this other space, with all kinds of implications. Elsewhere, desperate for help, unable to log off without deadly consequences, she turns to strangers on Chatroulette for help. The story also aims to take on cyberbullying and online harassment, hazards faced everyday by a new generation.

While these are both noble aims, Unfriended is too slight and sparse in these regards to say much of anything. Straightforward and critical of the groupthink you so often find online, as well as the anonymity that allows this kind of negative, usually consequence free behavior, it simply never carries much weight. This doesn’t necessarily need to be more than just a horror movie with a unique approach—that’s always nice if it is, but that’s not a requirement—but since it’s obviously the ultimate goal, the film, again, fails to achieve its goals.

Unfriended does have the good sense to know when it’s done and keeps things short. We’re talking 82 minutes, with credits, so you’re out of the theater in like 78. At times it’s clever, even tense, delivering something that you’ve never seen before that is often a lot of fun to watch. You have to give Gabriadze and company credit, they bring energy and ambition to the proceedings and come dangerously close to pulling it off. But like so many movies with a good hook that start off promising, it can’t sustain that momentum, and Unfriended winds up an interesting experiment, but one that is ultimately a failure. [Grade: C]

Posted by Brent McKnight at 8:02 AM

I want to watch it. No matter how unrealistic it is.