This 'Turbo Kid' Poster Is Insane And Awesome 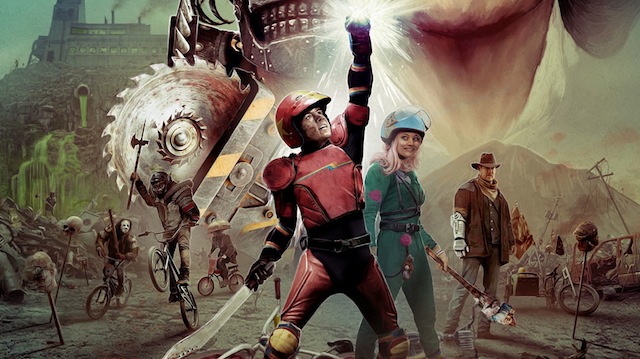 Easily one of the most entertaining movies I’ve seen so far this year is the post-apocalyptic Turbo Kid. After debuting at Sundance it finally has a release date and just got an awesome new poster that totally captures the madness, mayhem, and fun of the movie. Take a look after the jump.

Played totally straight, Turbo Kid is awesomely absurd and both a spoof and loving homage to the glut of cheap international post-apocalyptic movies from the early 1980s like 1990: The Bronx Warriors, The New Barbarians, and 2019, After the Fall of New York. This is the kind of movie where scores are settled by arm wrestling and where the consequences of a loss are greater than you can ever expect, and this poster from Collider perfectly hits that tone and aesthetic.

Set in the distant future of 1997, when the world has been ruined by nuclear winter and acid rain (remember acid rain?), the action follows the Kid (Munro Chambers), an orphaned loner who lives in a bomb shelter and scavenges for comics. When he meets a mysterious weirdo, Apple (Laurence Lebeouf), he becomes a reluctant hero (is there any other kind?) when she is kidnapped. His heroic quest puts him in conflict with the mask-wearing warlord of the wasteland, Zeus (Michael Ironside), a villain who literally juices people for their water. When the Kid finds a powerful weapon, he must follow in the footsteps of his favorite comic hero, Turbo Rider, to save the day for everyone.

After a successful festival run, Turbo Kid hits theaters and VOD on August 28. You need to check it out when you can. Check out the poster and trailer below. 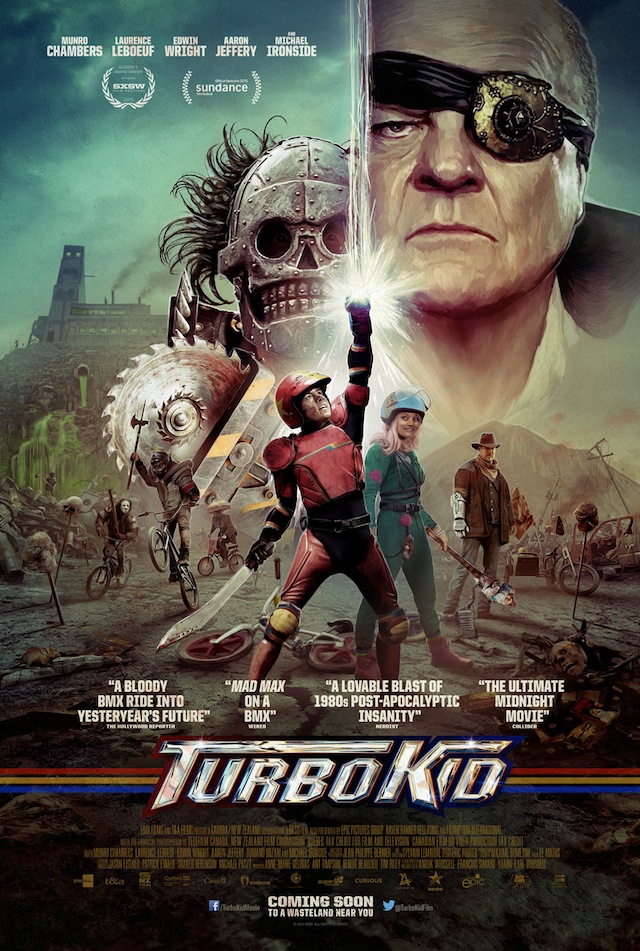 Posted by Brent McKnight at 8:24 AM