This 'Goodnight Mommy' Trailer Will Give You Seriously Messed Up Nightmares 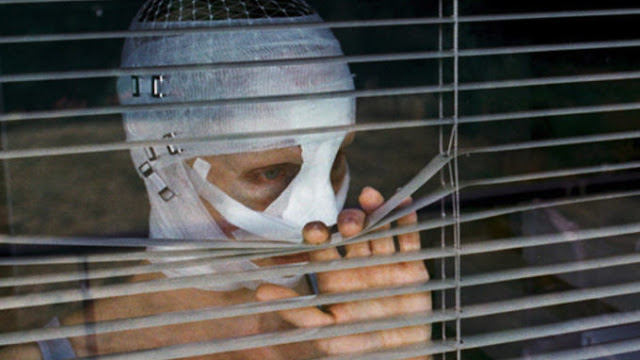 Well, this is damn creepy. Following in the footsteps of indie genre films like It Follows (which I like a great deal) and The Babadook (which I dislike a great deal—I’m one of the few, however), Austrian horror flick Goodnight Mommy, gathered buzz on the festival circuit as it builds up to a wider release. That’s almost upon us, and Radius just delivered this tense, unsettling new trailer. Take a look after the jump.

The story follows two twins, which is inherently spooky, as they begin to suspect that the woman in their home— ostensibly their mother, though she’s completely wrapped in heavy bandages after reconstructive surgery—is not who they’ve been lead to believe. Here’s the synopsis:

In the heat of the summer lays a lonesome house in the countryside where nine-year-old twin brothers await their mother’s return. When she comes home, bandaged after cosmetic surgery, nothing is like before and the children start to doubt whether this woman is actually who she says she is. What ensues is a terrifying observational struggle with fatal consequences on par with THE SHINING and DEAD RINGERS.

Reviews have praised the moodiness, tension, and atmosphere, all of which are on full display in this trailer. This is already one I’ve been looking forward to, but after finally getting a look, this climbed way up the list of movies I’m excited about. There’s some seriously eerie shit going on, and this is just a small snippet of the film.