DC/Vertigo's 'Scalped' Is Coming To TV, You Should Be Excited 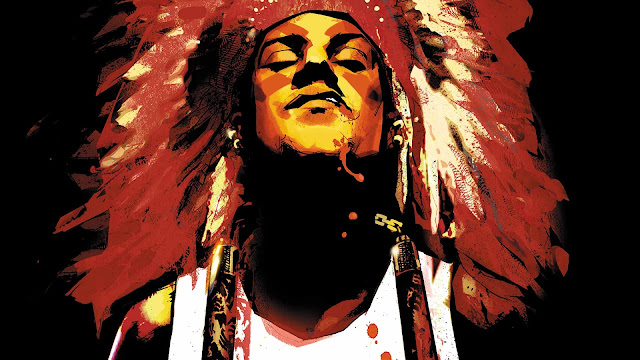 Apparently I need to figure out a way to get WGN. I only have a vague awareness that the network even a thing, with shows like Manhattan and Outsiders, which looks like something I might dig. But now they’ve got my attention as they’re working on a series based on Jason Aaron’s incredible Native American-noir comic Scalped.

THR reports that WGN has placed an order for a pilot using the DC/Vertigo Comics title as its source, and that’s fantastic news. For those of you not in the know, Scalped is inspired by the events surrounding the arrest of Native American activist Leonard Peltier and the American Indian Movement, which was an active force on reservations in the 1970s.

Using that as a thematic starting point, Scalped takes place in modern day South Dakota, on the fictional Prairie Rose Indian Reservation. With a new casino opening, former radical Lincoln Red Crow rules with an iron fist, but when the protagonist, Dashiell Bad Horse, returns to his childhood home, he joins the Tribal Police force, essentially a gang of goons and thugs doing Red Crow’s bidding. But he’s also an undercover FBI agent, working to bring the corrupt politician down. Bad Horse is pulled in numerous ways, towards his past and his people that he rejected and ran away from, towards his duty and a Special Agent in Charge with his own vendetta, and his own personal demons and darker tendencies.

Running for 60 issues, Scalped is grim, gritty stuff. Violent and visceral and emotional, it’s thematically rich territory and different from anything else on TV, or in movies for that matter. If done right, it could be the next great TV crime drama. This is great news; let’s hope WGN doesn’t screw it up.
Posted by Brent McKnight at 11:20 AM