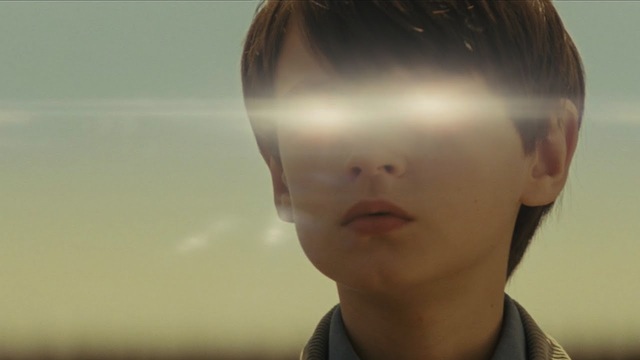 A father, a son, and a random tough weirdo on the run, pursued by both a fanatical, Branch Davidian-style cult and a shadowy branch of the government that includes members of the FBI, NSA, and probably others. That’s the core of writer/director Jeff Nichols’ Midnight Special, but there’s much more going on than this relatively simple premise. His follow-up to Mud and Take Shelter, this is a genre-defying mixture of science fiction, family drama, road trip movie, conspiracy thriller, and more, one that marks Nichols, yet again, as one of the most intriguing, exciting, original American filmmakers currently working.

Does Midnight Special reinvent the wheel or blaze any new trails or any of those worn out metaphors? No. But what Nichols does is deliver a subtle, slow burn, Steven Spielberg and John Carpenter-influenced narrative. Anchored by fantastic performances, rich with its own internal mythology and rules that it never feels the need to over explain, it cleverly toys with expectations along the way.

Midnight Special establishes itself quickly and economically at the same time that it drops the viewer smack in the middle of an already in-process story. Roy (Michael Shannon), Lucas (Joel Edgerton), and Alton (Jaeden Liebeher), Roy’s son, are locked in a motel room, slats of cardboard duct taped over the windows. Even the peephole is covered; nothing is getting into this room, and the paranoia is palpable. A TV news report reveals that Roy is wanted for kidnapping Alton, though the boy doesn’t seem particularly distressed, reading a comic book with a flashlight under a bed sheet, wearing a pair of swim goggles. Elsewhere, at The Ranch, a heavily armed doomsday cult led by Calvin Meyer (Sam Shepard), whose sermons involve strings of seemingly random numbers, it is clear that there are other parties interested in Alton. Yet another of these is a multi-agency government task force led by Paul Sevier (Adam Driver), which has its own interest in the boy.

What is uncertain from the outset of Midnight Special is why everyone is so absorbed with Alton? It’s clear that he’s different, that there is a special and unique power to him, and this spare, efficient opening deftly establishes the mystery that unfolds in measured beats across the 111-minute run time. Nichols never overtly explains the rules, the hows and whys of the domain he builds, but even as information is kept out of view, what is seen evokes a world beyond these tight borders, one that comes through in bits and pieces. 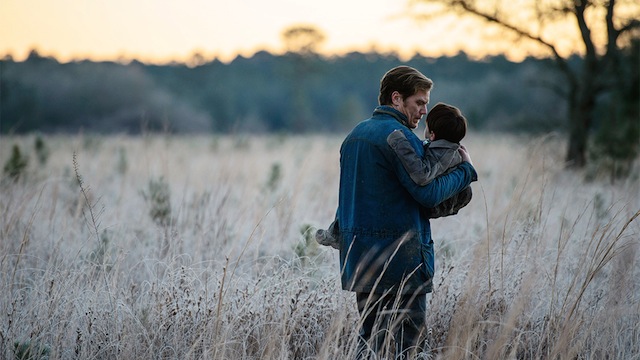 Not full of twists and turns, Midnight Special is surprisingly linear for how it keeps viewers on edge and guessing at the next move. Nichols lets the mystery unfold in gradual fashion, doling out information as necessary. Any extraneous and superfluous elements have been pared away, leaving a taut, tight film. Because of this, when Midnight Special does lean on cliché it’s jarring and out of place, standing out in sharp relief. The same goes for times where it simply can’t avoid an exposition-heavy conversation. When Meyer sneers at an FBI Agent and tells him, “You have no idea what you’re dealing with,” or stunned citizens gawk at a sight in the sky, these moments feel overly familiar, more broad and common than the rest of the film. Thankfully, they’re few and far enough between that they are only minor bumps.

Jeff Nichols once again casts his go-to star, Michael Shannon, in the lead, with fantastic results. Brandishing utter, unwavering conviction, almost to a fault, Roy is stoic as he faces the harrowing possibility that perhaps in order to ultimately save Alton, he may have to let him go. Joel Edgerton, as has become his pattern, is a quiet MVP, and Lucas, devoted and unquestioning, drives home just how unique and special the child is. Outside of Roy and Alton’s mother, an underutilized though still solid Kirsten Dunst, Lucas is the one person who knows how incredible and singular Alton is and doesn’t want to use him for his own ends, willing do kill or die in order to protect him.

Nichols has a way infusing otherwise pedestrian, ordinary details with an eeriness, from Alton’s blue goggles that give the boy an alien, otherworldly appearance, to the superhero comics he reads. This is all enhanced by Jaeden Liebeher’s performance, which belies his young age and builds on what we saw from him in St. Vincent. He is by turns a messiah, a weapon, a son, a mystery, all different things to different people—Driver’s NSA Agent, played as an awkward nerd, is simply enamored with the possibilities the child presents.

David Wingo’s ethereal, snyth-heavy score adds an ominous layer, and director of photography Adam Stone makes excellent use of the twilight and evening scenes by way of low-contrast images that enhance the portentous feel of Midnight Special. This atmosphere permeates the soulful southern setting and, again, the result is a cinematic landscape that is simultaneously familiar and foreign.

Midnight Special leaves you with questions in the best way—more things to ponder than oversights or gaps—and plays almost like a more adult oriented E.T., or even a version of Brad Bird’s Tomorrowland, only one that doesn’t suck and lives up to its potential. Full of weighty existential, metaphysical themes and ideas, and a deliberately paced mystery, at its heart, the movie is about the mournful power of fatherhood. Though not without problems, Midnight Special transcends any flaws and trappings to become something unique and engaging. [Grade: B+]