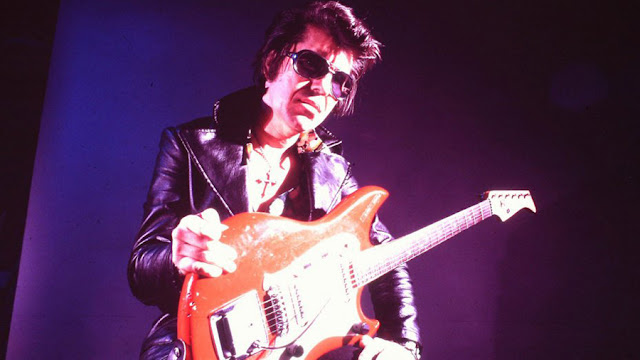 Catherine Bainbridge’s documentary, Rumble: The Indians Who Rocked the World, examines the oft-ignored and overlooked contributions of Native Americans to the history of popular music. (Hint: It goes way deeper than the dude in the headdress from the Village People.)

An organic initial flow—tracing traditional tribal music through its influence on blues and rock and roll—gives way to more episodic format later on, to diminishing returns. But despite that, the film offers an illuminating, engaging portrait of a too-long-unseen slice of our collective popular culture. It’s a must for music lovers and anyone with an interest in the history and evolution of rock and roll. And dammit, I’ve had Link Wray’s “Rumble” stuck in my head for like a week now. [Grade: B]