'The Villainess' Trailer Will Beat The Holy Hell Out Of You 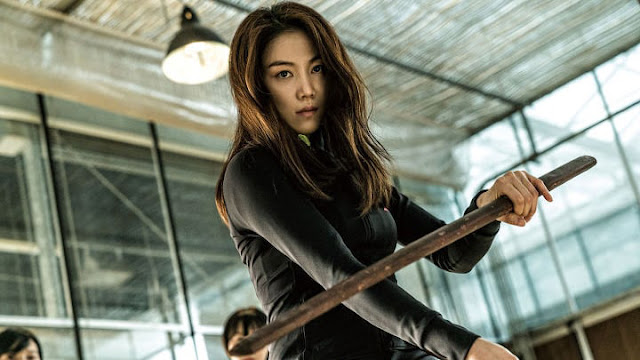 After debuting at Cannes last month, Jung Byung-gil’s Korean revenge action film The Villainess is getting ready to roll out to the public. At least in Asia. Check out this badass new trailer and try not to drool on your keyboard.

From what we see in this The Villainess trailer, the camera may be a bit too jittery in places for some folks, and there appears to be quite a bit of first person shooter style action. I’ll have to see on that one, I get hella motion sick—I barely made it through the Hardcore Henry trailers. Here and there works fine, I just hope it’s not over utilized.

That said, this whole package looks incredible. I’ve been pumped for this since I found out about it, and folks with taste I trust in these matters dug it at Cannes. All of that taken together with this trailer adds up to me wanting The Villainess like right this very moment.

If you need further enticement, here’s the official synopsis:

From an early age, Sook-hee has received trainings to become an assassin. But once she’s abandoned by her organization, she was recruited by the Korean Intelligence Agency to become a sleeper cell under a fake identity. She was to live a normal life and carry out missions for 10 years, and only then she could truly become free. But when her newest target turns out to be someone she once loved, she is conflicted between her mission and heart.

I hear there’s plenty of blood and action (apparently 63 of the 70 shooting days involved star Kim Ok-bin shooting action scenes, which is a ratio of which I wholly approve) as well as some melodrama. And there's reportedly a pair of stiletto heels with guns in them. All of which I can definitely roll with.

The Villainess is getting ready to open in various Asian markets and will screen at a handful of film festivals coming up. There’s no word on a U.S. release date, but Well Go USA picked up the rights at Cannes, so hopefully we’re talking sooner rather than later.
Posted by Brent McKnight at 10:16 AM