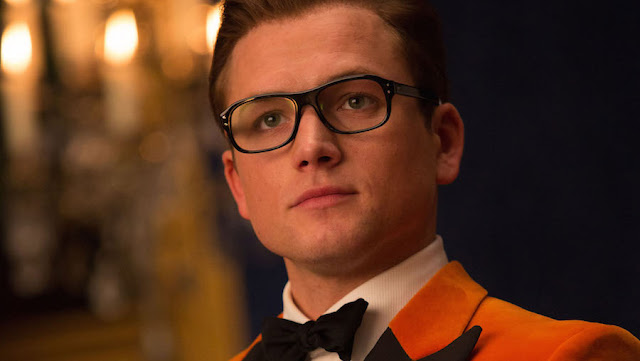 A snarky, modestly clever, at times startlingly violent riff on James Bond’s urbane international man of mystery, Kingsman: The Secret Service is a decently fun watch. It’s not a movie I’ve ever felt the need to see again, and it’s one that, the farther I get from it, the less I find to enjoy. On the whole, it ultimately feels like a bunch of irritating bros laughing and chugging beer. That’s fine, but there’s nothing more to it than that. But The Secret Service made a butt-ton of money, so writer/director Matthew Vaughn and company are back with a sequel, Kingsman: The Golden Circle. And the word that repeatedly comes to mind is overkill.

Everything about The Golden Circle is bloated and ham-fisted and way, way, way too much. It starts with the 141-minute run time, and you feel every single solitary damn minute. Convoluted to the point of incoherence, the plot picks up with street-tough-turned-debonair-spy Eggsy (Taron Egerton). Here’s the short version: a drug czar named Poppy (Julianne Moore) destroys Kingsman, Eggsy’s super secret brotherhood of spies, and he teams up with the Statesman, their American counterparts, to take her down. Simple, right? 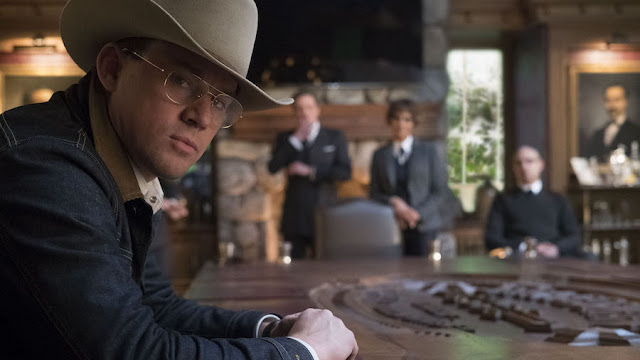 That’s the baseline. From there, Vaughn and co-writer Jane Goldman pile on one subplot after another that accomplish little but wasting time and trying patience. Eggsy has a tired, unnecessary romance with a Swedish princess, Tilde (Hanna Alstrom). A Donald Trump-ish American President (Bruce Greenwood) wants to kill all drug users. (The Golden Circle wants so badly to be relevant, but it most certainly is not). And I shit you not, there’s an extended aside that follows Eggsy and the American agent, Whiskey (Pedro Pascal), as they attend a music festival with the goal of finger-banging a woman (Poppy Delevingne). An act shown in real, real, real close-up. Shit gets quite personal. Intended to be shocking and confrontational and put Eggsy in a compromising emotional position, but it’s so obvious and tacky it has little effect unless you’re a horny adolescent boy.

At the end of each of these sequences, where the characters inevitably find themselves back where they started, you look at the screen and ask what’s the point? It watches like a collection of separate bits that have little to no bearing on anything else. If someone trimmed the movie down to the core narrative, it’d be like 80 minutes long. The rest is just noise and scenes that probably sounded fun but add nothing and only lead to gaping plot holes, squandered time, and incredulous viewers. 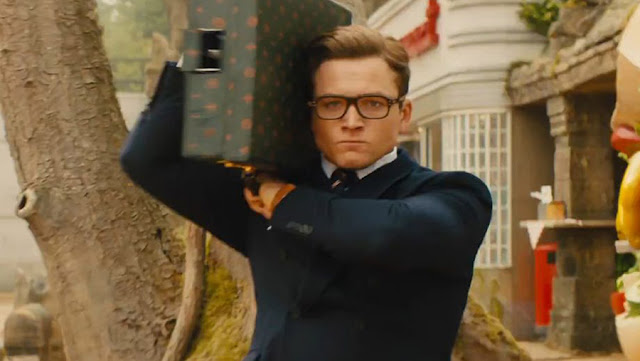 Charming, cocky, and brash, but with a touch of wounded millennial angst, Egerton does pretty much what he did last time out. He’s an easy, breezy watch and has enough charisma to more or less carry the load. Mark Strong as Merlin, the only other surviving Kingsman—think Eggsy’s version of Q—delivers a wry, droll turn that’s different than the grim heavy he so often plays. He even shoulders the bulk of the admittedly slight emotional weight. And one more returning player shows up on the scene—I won’t say who, though it’s spoiled in most of the trailers and promotional material, but I’ll add that, as a whole, in the world of Kingsman: The Golden Circle, getting shot in the head at pointblank range isn’t quite the detriment it once was. Make of that what you will.

Of the newcomers, The Golden Circle unfortunately wastes most of them. Pascal’s Whiskey—all the American agents are named after alcoholic beverages—has the only substantial role among his peers. And he has a hoot as a mustachioed, down-home American cowboy. It’s vapid, but entertaining. Jeff Bridges
plays the Statesman boss, Champ, short for Champagne, but only gets a few scenes and mostly plays the weathered coot part he’s turned in on a regular basis since True Grit. 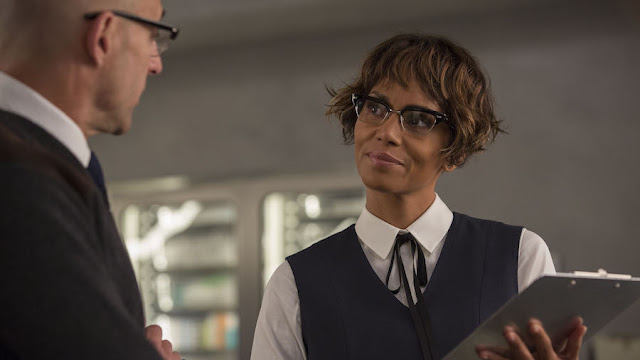 Channing Tatum’s Tequila is the most memorable addition, but he again only has a handful of scenes and disappears, dropped like a bad habit. He’s by far the biggest misuse of potential—I’d watch a movie of just him. Halle Berry plays Ginger, Merlin’s American equivalent, but has nothing to do besides look frumpy—in her nerd glasses and possibly self-inflicted haircut, she actually looks remarkably like Ben Whishaw’s modern version of Q. And Elton John plays a much larger role in the movie than you might suspect, though despite a few solid laughs, it’s a tale of diminishing returns. Again, overkill.

Of the new faces, only Julianne Moore brings much to the party. Poppy’s motivation is, let’s just say specious and underdeveloped. She tries to hammer home a half-baked point about the drug war and America’s hypocrisy when it comes to what’s legal and what’s not. (Hey, did you know that not everyone who’s tried drugs is bad? Crazy, I know.) But she has a total blast with her lilting tone of voice and sweet/vicious smile that looks so demure and innocent that she might just rip out your jugular with her teeth. Her nostalgia-obsessed shtick wears out it’s welcome, but at least she earns her paycheck. 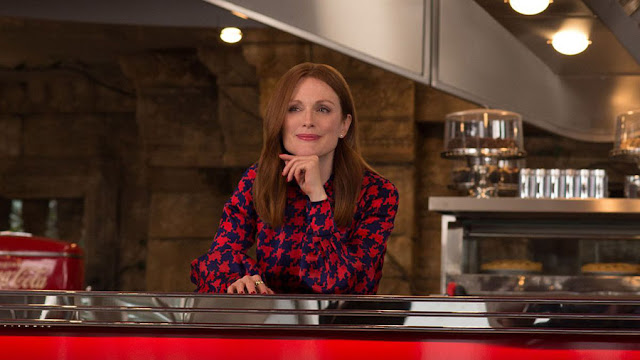 Like many action movies, most The Golden Circle’s flaws could be forgiven or glossed over if the action delivers. Unfortunately, the action sucks. Oh my god, I hate how they handle the action. I get that it’s supposed to be comic book-y and over-the-top, but Vaughn relies too heavily on lackluster CGI. Elaborate sequences unspool as the camera zips and zooms in and out of cars, tilting and twisting. It’s dizzying and ultimately looks like unfinished green-screen trash, especially in the ubiquitous slow-motion takes—if I never see a half-assed, computer-rendered, slow-mo fistfight again it’ll be too soon. And to top it off, each set piece comes with an on-the-nose needle drop. (Interesting bit of trivia: this is, apparently, the first use of a Prince song in a non-Prince movie. Now that he’s dead, I imagine we’ll see more of his songs licensed for films. The more you know.)

Die hard fans of the first movie will likely find much to enjoy in Kingsman: The Golden Circle, though it fails to measure up. It has many of the same surface charms and bells and whistles, but lacks any surprises or thrills. The violence is more cartoonish and toothless, and the attempts to be edgy play more annoying than anything else—it tones down the intentional misogyny of the original, but still has a character drop an out-of-place homophobic slur that’s obviously intended to shock but only succeeds in eliciting eye rolls. It’s so jumbled, bursting with extraneous nonsense and plot holes, that the pace drags to the point of exhaustion. At best, The Golden Circle’s a moderately entertaining trifle; at worst, a tedious slog. [Grade: C-]