'The Snowman' International Trailer: Detective Harry Hole Is On The Case 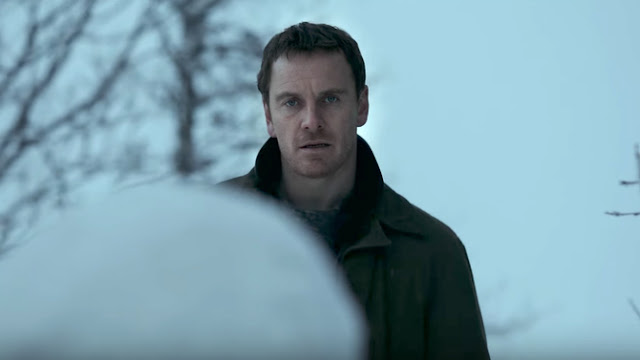 Okay, so Tomas Alfredson’s upcoming adaptation of Jo Nesbo’s serial killer thriller, The Snowman, looks grim, tense, and disturbing. What footage we’ve seen overflows with creepy imagery, it has a fantastic cast, and should be a white-knuckle ride later this fall. There’s nothing even remotely humorous about it. So why can’t I take it seriously? Why do I laugh every time it comes to mind? Because the protagonist’s name is Harry Hole, that’s why. Don’t get me wrong, the film still looks promising as all hell, but I know myself. I know I’m going to laugh inappropriately when the movie introduces Detective Harry Hole. That’s a fact. Anyway, here’s a new international trailer. (Yes, I know it's pronounced "Hoo-Leh," but I'm still going to giggle.)

Seriously, how do they expect me to watch this with a straight face? I know, I know, The Snowman is about two detectives hunting down a deranged serial killer who abducts and murders women and builds snowmen about it. Still…Harry Hole. Just typing that made me giggle.

I do dig how The Snowman mixes B-movie potboiler detective elements with super classy, high-end fixtures. Come on, it’s about a killer who builds snowmen and a grizzled, traumatized investigator. But Tomas Alfredson (Tinker, Tailor, Soldier, Spy, Let the Right One In) knows a thing or two about constructing tension and atmosphere. And the cast includes Michael Fassbender, Rebecca Ferguson, J.K. Simmons, Toby Jones, Chloe Sevigny, and Val Kilmer. There’s so much to love.

When an elite crime squad’s lead detective investigates the disappearance of a victim on the first snow of winter, he fears an elusive serial killer may be active again. With the help of a brilliant recruit, the cop must connect decades-old cold cases to the brutal new one if he hopes to outwit this unthinkable evil before the next snowfall.

The Snowman opens October 20. You have until then to work on keeping a straight face.
Posted by Brent McKnight at 9:15 AM