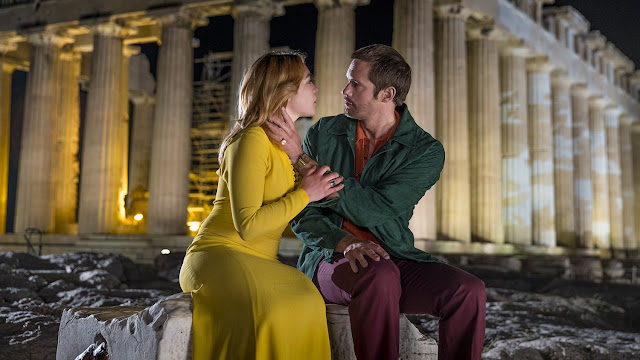 Anytime Park Chan-wook does anything, I’m there. The same generally goes for any John le Carré adaptation. But the Oldboy director adapting the master spy novelist is too good a proposition to ignore. I’ve been eagerly waiting for Park’s version of the espionage thriller The Little Drummer Girl, and this new trailer has what I’m looking for.

Park Chan-wook directs every episode of this limited BBC/AMC series, assembled a great cast, and it doesn’t hurt matters that this comes from the same people responsible for the excellent recent adaptation of John le Carré’s The Night Manager. Basically, there’s nothing not to love here.

Check out the synopsis of the 1970s-set spy saga if you’re into plot details:

Based on John le Carré’s best-selling literary masterpiece of the same name and directed by visionary filmmaker Park Chan-wook (Oldboy, The Handmaiden, Stoker), The Little Drummer Girl weaves a suspenseful and explosive story of espionage and high-stakes international intrigue. Set in the late 1970s, the pulsating thriller follows Charlie (BAFTA-nominate Florence Pugh), a fiery actress and idealist whose resolve is tested after she meets the mysterious Becker (Emmy and Golden Globe Award-winner Alexander Skarsgård) while on holiday in Greece. It quickly becomes apparent that his intentions are not what they seem, and her encounter with him entangles her in a complex plot devised by the spy mastermind Kurtz (twice Academy Award-nominated Michael Shannon). Charlie takes on the role of a lifetime as a double agent while remaining uncertain of her own loyalties.

The Little Drummer Girl is set to unspool in an old-school miniseries kind of way. AMC plans to air two episodes of the six-chapter series a night for three straight nights, from November 19 through 21. Yeah, this is definitely one worth getting excited for. Come on, if you can’t get up for six hours of Park Chan-wook dishing out tense political intrigue across picturesque international backdrops, I regret to inform you that you may in fact be dead.
Posted by Brent McKnight at 9:26 AM