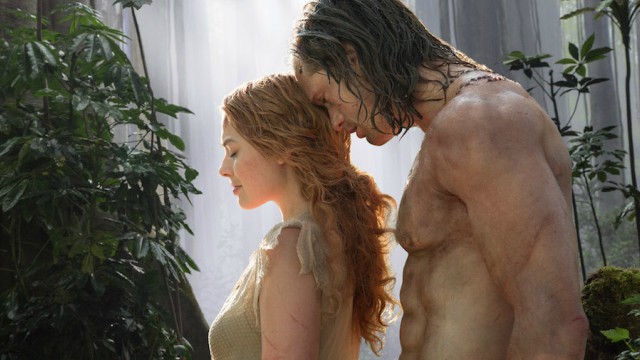 Summer is the time when Hollywood unleashes its annual swarm of massive tentpole blockbusters; movies full of epic-scale action, dashing heroics, and grandiose exploits. Maybe it’s not always be the most delicate, intellectually stimulating fare, but there’s usually big entertaining popcorn fun to be found. This year, not so much.

There are still potential winners on the way, like Star Trek Beyond, Jason Bourne, and Suicide Squad. But at this stage, audiences have been subjected to the mediocre Warcraft, the ludicrous Independence Day: Resurgence, the less-than-well-received X-Men: Apocalypse, and the lackluster BFG, among other cinematic dullards. Now we can throw David Yates’ The Legend of Tarzan onto the ever-growing junk-pile of summer 2016 movies that make us ask, “What the hell are the studios thinking?”

In this case, the source material is an obvious hurdle the production had problems clearing. Created by Edgar Rice Burroughs in 1912, Tarzan is the son of a British lord and lady marooned in Africa. When his parents are killed, an ape tribe adopts the boy and raises him as one of their own. Eventually, a grown up Tarzan (Alexander Skarsgard) meets Jane Porter (Margot Robbie) and moves back to England, where he magically becomes civilized and transforms into John Clayton, Viscount of Greystoke. After acclimating to urban life in record time, he’s compelled to return to his jungle home to investigate a shady mining corporation causing trouble in the Congo. 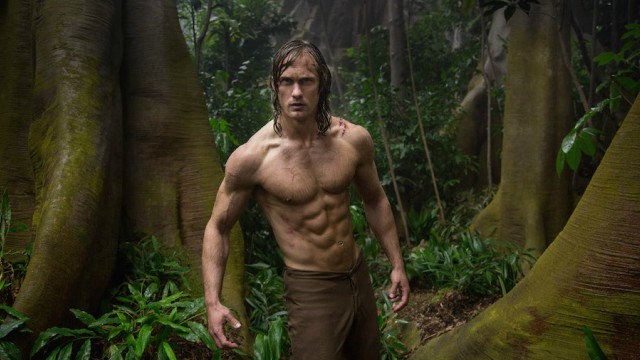 This is a basic, traditional Tarzan arc, but it’s in trying to update the dated race and gender politics for the sensibilities of a contemporary audience where issues arise. The idea of a white savior showing up on the scene and saving the backwards savages was obviously going to rub many people raw. But that’s also the core of the story. To combat this, The Legend of Tarzan goes to great lengths to let us know that John/Tarzan and Jane are friends with the natives and view them as equals.

That’s a wonderful sentiment, but not only does it come across as insincere, this is the cinematic equivalent of saying, “I’m not racist, I have black friends.” (At one point, chained to a riverboat, Jane tells the main villain, Christoph Waltz’s Leon Rom, “They’re all my friends.”) Still, despite the efforts, the natives are simply flat background players in the larger narrative, and whole thing is super condescending.

This is 2016, and people also have issues with the hapless, helpless damsel in distress aspect of the story. Again, The Legend of Tarzan tries to rectify this, which is a noble intent. But again, the film executes this in the most awkward way possible. Adam Cozad and Craig Brewer’s script tries to make Jane bold and brash, a free spirit who, through sheer force of will and refusal to acquiesce, convinces her husband, himself a freethinking dude, to take her to Africa. She even opts not to bring along any corsets, the fashion of the day, because that’s just how she rolls. 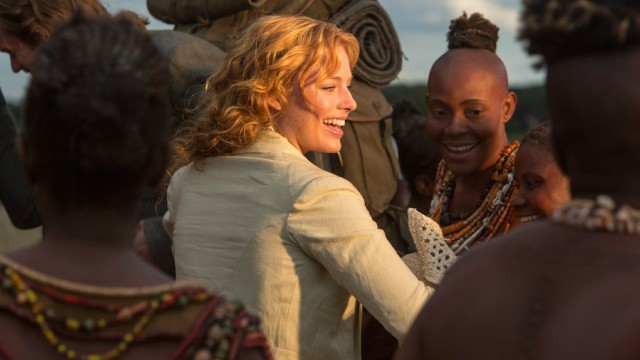 That’s all well and good. Big Hollywood movies certainly need more strong, capable female characters. Margot Robbie is charming enough, but she doesn’t have much to work with as Jane has little personality beyond surface affectations of goodness and purity—no joke, at one point a CGI butterfly alights on her shoulder Disney princess style. In the end, she still only exists to be put in peril and be rescued by Tarzan at every turn, even their flashback first meeting. (Also worth noting, Tarzan and Jane look like they could be brother and sister, and that’s just a kind of creepy.)

Hemmed in by social constraints as it is, The Legend of Tarzan’s attempts to update the source material, to make it more inclusive and modern, are forced and clumsy. While that’s problematic on its own, perhaps this movie’s greatest sin is that it’s sooooo fucking boring. This should be vine-swinging, tree-hopping, chest thumping, swashbuckling high adventure. But the picture is bereft of thrills, soggy with pedestrian CGI (including Alexander Skarsgard’s ridiculous, pixel-created ape hands), and devoid of all drama. The dialogue is enough to induce waves of unintended laughter.

Leon Rom is a shit villain who uses a rosary as a weapon to pound that metaphor into the ground. Christoph Waltz, who has delivered some of the greatest movie antagonists in recent memory, sleepwalks through his role as the nefarious government agent bent on enslaving the entire Congo, and is entirely uninterested in being in this movie. 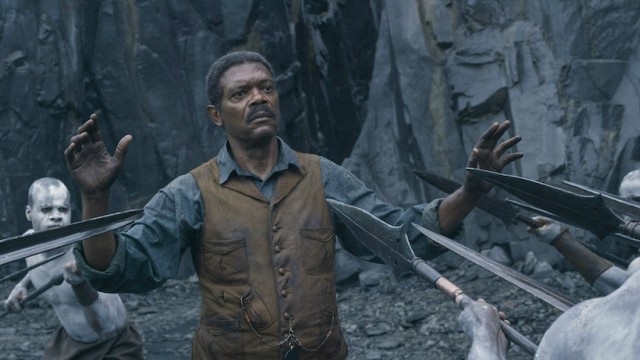 Even Tarzan himself is of no interest. This is a man raised in the wild to the point where he can mimic the mating calls of damn near every animal in Africa (a running gag, btw). He then travels to industrialized England. That’s a drastic change and he has a great deal to process as these two sides pull him in opposite directions. That conflict could be fascinating, but not a whit comes through in this damn movie. Skarsgard is vapid and empty and has nothing going on beyond, “Must save Jane” and “Tarzan hate slavery.” Sure, he gets to fistfight a gorilla in what has to be the least physically accurate hand-to-hand combat scene ever put on film, but his primary personality trait is his six-pack. (Side note, I should do more sit-ups.)

I can’t even conceive of who the intended audience is for The Legend of Tarzan. It’s too violent for young viewers, too stupid for adults, and not thrilling or engaging in any way. Presumably the project went through numerous stages of development, multiple drafts of the script, various edits, and was signed off on by dozens of people at every stop.

Perhaps that’s the problem. We know David Yates is capable of constructing entertaining, engrossing movies on this scale—he did it many times in the Harry Potter franchise. But with so many hands mixing ingredients, maybe it was inevitable The Legend of Tarzan would wind up an incoherent, directionless failure with zero redeeming qualities. [Grade: D]

Ooh! The trailer seems to be amazing. I must watch it with my kids. I remember my dad taking us for such movies every month. Now, I don’t get much time with my kids and so I prefer Netflix. I just hope it is available on Netflix because they are about to finish shows by Andrew Yeatman and then I’ll need more to keep them entertained.