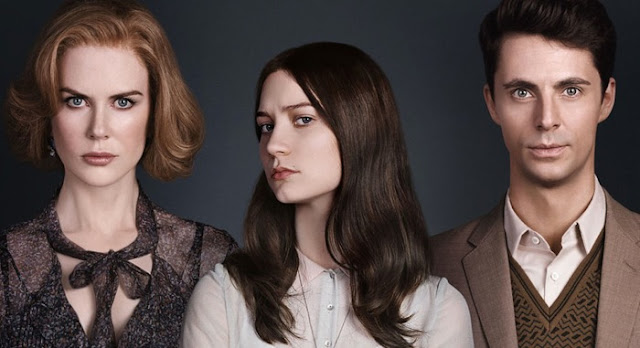 There’s always a level of concern when an acclaimed international filmmaker heads to Hollywood for the first time. How often have we witnessed a director who cranks out masterpiece after masterpiece fall flat on his or her face when it comes to their initial English language picture? There are a number of issues to be faced down, including, but not limited to, studio interference, skewed cultural conventions, and working in a language that is not their native tongue.

So, as excited as we all are about South Korean director Park Chan-wook’s (“Oldboy”) US debut, “Stoker,” many of us had serious concerns to go along with our anticipation. His films, while brilliant, are dark, frequently brutal, and quite often deal with subjects that mainstream financiers and audiences don’t necessarily like to deal with head on. There’s a lot of ugliness in his body of work. It’s easy to imagine a team of studio execs hamstringing his efforts at every turn and watering down the content of his film until it becomes weak, tepid garbage.

To a degree you saw this earlier in 2013 with Park’s countryman Kim Jee-woon, and his Arnold Schwarzenegger vehicle, “The Last Stand.” Don’t get me wrong, “The Last Stand” is a fun movie, one that I enjoyed, but it isn’t exactly what you want or expect out of the director of such grim, moody fare as “I Saw the Devil” and “A Bittersweet Life.” Even though Kim directed the wild, outlandish action farce “The Good, The Bad, The Weird,” his latest film doesn’t feel like his movie, and he was more of a hired gun making a Schwarzenegger joint.

Fortunately for all of us, “Stoker” is a fantastic film, one linked to Park’s earlier work in both a thematic and aesthetic sense. Visually, “Stoker” is his most stunning and ambitious number to date, employing a number of stylized editing techniques like freezing frames to emphasize a moment, and subtle camera moves that don’t even register, drawing you towards characters until you’re placed right there in intimate proximity to them. The entire film echoes with whispers.

When India Stoker’s (Mia Wasikowska) father dies, his long lost brother Charlie (Matthew Goode) comes to live with her and her mother, Evelyn (Nicole Kidman). The Stoker family is a throwback, all appearances, housekeepers, estates, and saddle shoes. An anachronism, they feel unstuck in history, a 1950s family floating in the modern times.

Much like the era they emulate, the surface masks a much deeper dysfunction. India is withdrawn and isolated, even before the accident, and her mother has long since retreated into bottles of alcohol and pills to numb herself to the fact that her daughter hates her and to cope with the increasing distance between herself and the rest of her family. Beneath her calm, measured exterior, barely contained by her meticulous hair and makeup, is a seething ocean of rage. Kidman allows drips of this to leak out as, in her quiet, restrained voice, she verges on explosion.

And then there’s Charlie, who India didn’t even know existed until the funeral. Charming and debonair, there’s something off about good ol’ uncle Charlie, something unsettling and sinister. You have nothing concrete to base this on; it’s a feeling, a sensation kicking around at the back of your skull. He has ulterior motives, you can see that he’s playing an angle, but you’re never sure what he’s after, aside from what appears to be an unhealthy fascination with his niece.

The layered mystery unravels with a meticulous, deliberate pace, like a hallucination or waking dream, hopping and skipping around in time. Match edits push you forward and back in the chronology until you’re not sure what you’re witnessing for yourself, live, and what is being filtered through India’s memory and perception. Is she an innocent, a modern-day Lolita, or emerging into her fully formed and disorienting sexuality at the same time she deals with a horrific tragedy?

Working from a script by “Prison Break” star Wentworth Miller, Park constantly sets up and subverts audience expectations. You think you see a young India sobbing in the shower, playing a traumatic experience with Uncle Charlie over and over in her head. Turns out that what you think is happening, what your rational mind assumes is going on, couldn’t be further from the truth. As a whole, and in individual pieces, “Stoker” builds in one direction only to veer off in a way you never saw coming. We’re not talking about twists, but moments when you realized that what you thought was completely wrong.

Masterful suspense work, quiet grace, and hidden perversions come together into a truly remarkable film. “Stoker” takes you to dark, unsettling places, confusing and confounding your emotional responses at every turn, and toying with your morality in true Park Chan-wook form.
Posted by Brent McKnight at 3:48 PM