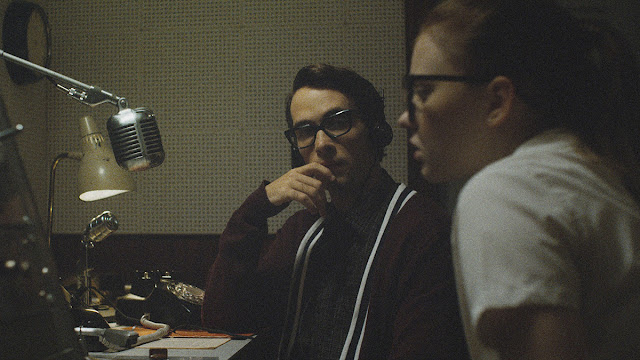 Fans of classic Twilight Zones may want to put Andrew Patterson’s The Vast of Night on their radar. The throwback sci-fi mystery filters that moody, atmospheric vibe through a nostalgic Amblin lens. While it lacks much forward propulsion and true tension, it’s a lovely, sure-handed film that brims with charm and potential, even if unrealized.

In an isolated New Mexico town in the 1950s, with the space race on everyone’s mind, tech-savvy radio DJ and general Mr. Fixit, Everett (Jake Horowitz), and a young switchboard operator, Faye (Sierra McCormick), stumble across an unidentified signal. Over the course of the night the mystery deepens, the stakes grow, and the unlikely duo struggles to uncover the truth while most of the town focuses on a high school basketball game. 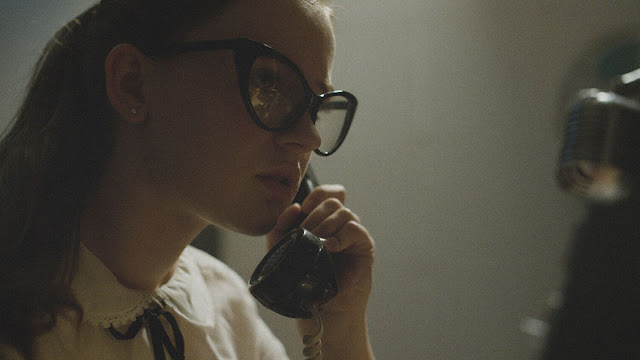 McCormick and Horowitz both deliver strong performances. Everett is a fast-talker with a sharp intellect who the entire town goes to for questions regarding anything that involved wires. While Faye’s perky bounce threatens to overflow their small-town environs, she also brims with questions and curiosity. Together they form nice dynamic and imbue their characters with an easy, affable appeal.

Unfortunately, the surroundings are thin and there’s never quite enough to fill the 90-minute run time. Despite an overall sensation of dread and moodiness, The Vast of Night never turns that into legitimate tension or pressure. It certainly feels vaguely eerie and unnerving, but lacks narrative urgency and the philosophical depth of its Rod Serling inspirations, even as it regularly adopting the aesthetics of an old-timey television set to drive that point home. Everett and Faye each get long-winded monologues that unfold in equally long reaction shots of the listener—it’s often like watching one side of a phone conversation. 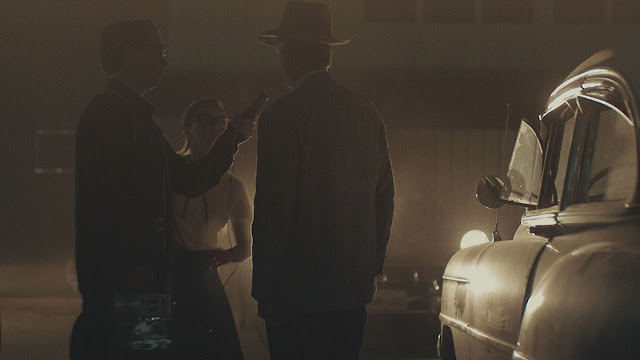 Where The Vast of Night truly stands out is visually. Working with Hands of Stone cinematographer M.I. Littin-Menz, Patterson pulls off extended unbroken shots that sweep through town. Low angle takes follow Everett and Faye as they walk and talk through the deserted streets, and offer a soaring tour of the town and even the packed gymnasium with clever angles and hidden edits.

But while these shots impress and are clearly the work of a filmmaker bursting with talent and vision, these individual pieces also harm the larger work. Sure, panning away from the characters and tracking from the switchboard office all the way across town to the radio station in a single take is a striking technical feat. (This also happens multiple times.) But it also expends minutes on a stylistic choice that drags down the pace when a single edit would have saved time and maintained momentum. Too often The Vast of Night eschews substance, tempo, and profundity for window dressing. There has to be a balance between showcasing technical acumen and story, but the film doesn’t always know where that lied. 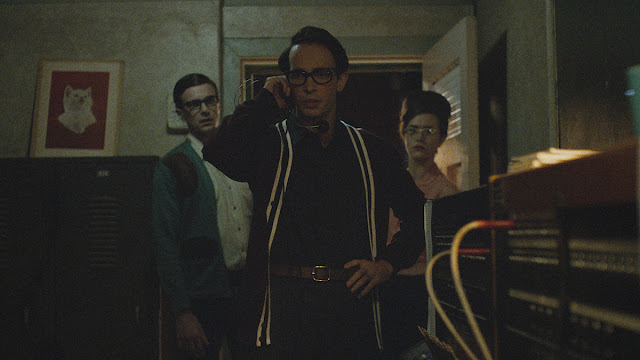 The Vast of Night marks Andrew Patterson’s first directorial effort. He clearly has a grand vision, but that ambition is a double-edged sword. It’s both the film’s strongest point and what hamstrings it and holds it back the most. There’s a definite sense of place and time, and distinct visual flair, but too often the film clings to aesthetics and stylistics over substance. What it does accomplish, however, is to earmark Patterson, Littin-Menz, and Horrowitz and McCormick as talents to keep tabs on. [Grade: C+]