Jean-Claude Van Damme's 'The Bouncer' Gets A Dark, Gritty Trailer 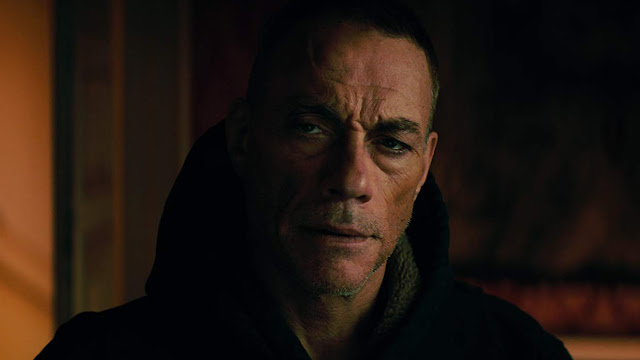 As someone who grew up on Jean-Claude Van Damme movies, I’m happy he still largely makes the same types of movies he always made. (There are, of course, variances with the likes of JCVD and Jean-Claude Van Johnson, both of which are meta, self-referential, and great.) Sure, they all land on VOD these days, but by and large, he continues to work in the same low-to-lowish budget action realm ad the bulk of his career, with roughly the same awesome-to-stinker ratio. Some of his films rule, others not so much, but this trailer for his latest, The Bouncer, looks like it might be the former rather than the latter.

What we see in this trailer for The Bouncer definitely skews towards the grittier, more serious side of JCVD’s body of work. He doesn’t always get to stretch his dramatic muscles, and when he does, it’s not always ideal, but it’s something that, as he ages, he’s able to pull off more and more. There’s something about his current world-weary face that sells it in a way that was missing when he was all thumbs up and gratuitous splits.

Here’s the synopsis for The Bouncer:

THE BOUNCER stars Jean-Claude Van Damme as Lukas, a tough nightclub bouncer struggling to raise his 8-year-old daughter. After an altercation lands him in jail, he is forced to collaborate with the police and infiltrate the organization of a dangerous gang leader to secure his freedom and regain custody of his daughter.

The Bouncer played at Fantastic Fest last year and I’ve seen positive scuttlebutt floating around from people and places who saw it and are into this sort of endeavor, which is always promising. And a tough guy fighting his way through the criminal underworld to save his daughter, while maybe not the most original concept, is nevertheless one I can roll with.

The Bouncer hits VOD on January 11, which is this weekend if you’re keeping track. A Jean-Claude Van Damme movie is always a gift. Plan as you see fit.
Posted by Brent McKnight at 10:58 AM