Art Is Dangerous In The First 'Velvet Buzzsaw' Trailer 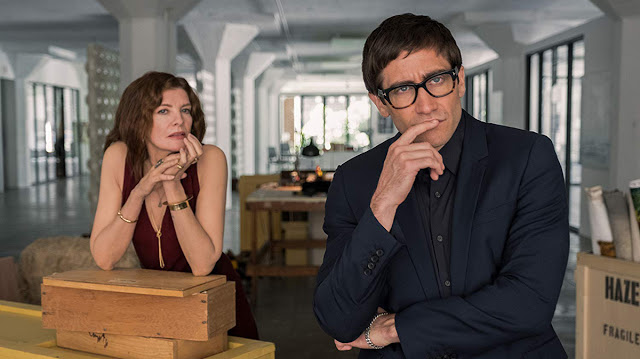 Last time star Jake Gyllenhaal and director Dan Gilroy got together, the result was Nightcrawler, a thriller that crackles with an electric energy and features the actor’s career-best performance IMO. They’re back at it again with Velvet Buzzsaw, and I know it’s just a trailer, but this first real glimpse at the art-world-set horror looks incredible. I was already intrigued, but hot damn, I can’t wait to check this out.

Velvet Buzzsaw looks dark and unnerving and satiric and, oh yeah, a dead loner’s creepy paintings apparently come to life to slaughter and torment the snooty, high-falutin’ art folks who swoop in after his death to exploit his work. Where do I subscribe to this particular newsletter? There’s also a robot man, killer works of art, and much, much more. After Gilroy’s sophomore film, Roman J. Israel, Esq., disappointed, we started to wonder what to make of his still-new career in the big chair, but this is one worth waiting for.

Velvet Buzzsaw is a thriller set in the contemporary art world scene of Los Angeles where big money artists and mega-collectors pay a high price when art collides with commerce.

And one that’s much more detailed:

In the cutthroat world of fine-art trading and representation, up-and-coming agent Josephina (Zawe Ashton) stumbles across a secret weapon: hundreds of dazzling paintings left behind after an elderly tenant in her building dies. Ignoring the instructions the clandestine artist left to destroy his work, she promptly starts circulating the paintings, which soon attract the attention of the heavy hitters around her—including her boss Rhodora (Rene Russo), art critic (and Josephina’s sometime lover) Morf (Jake Gyllenhaal), and competing collectors, managers, and curators like Bryson (Billy Magnussen) and Gretchen (Toni Collette). Yet as the deceased artist’s portraits gain posthumous acclaim, they also awaken something imperceptible and sinister that threatens to punish those who have profited from his work.

Velvet Buzzsaw also stars Tom Sturridge, Natalia Dyer, Daveed Diggs, Billy Magnussen, and John Malkovich, rounding out a formidable cast. The film debuts at Sundance later this month, but the rest of us won’t have to wait too much longer to check it out. Netflix already snatched up the rights and Velvet Buzzsaw hits the streaming service, and reportedly at least some theaters, on February 1.
Posted by Brent McKnight at 8:45 AM