Robert Pattinson And Claire Denis Explore The Depths Of Space, And Humanity, In This 'High Life' Trailer 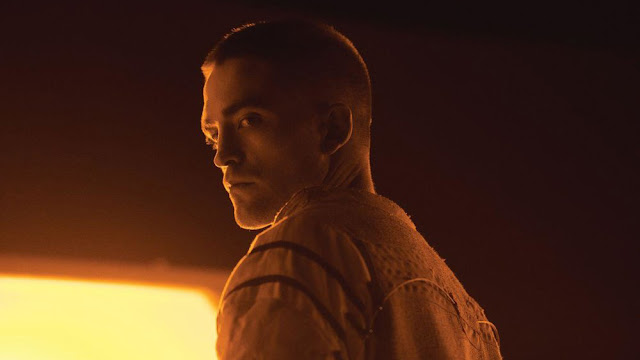 Claire Denis directing a stellar (sorry) cast in an esoteric, deep-space hybrid of sci-fi, drama, and horror. You better believe I’m psyched beyond belief for High Life. Some folks saw it on the fall film festival circuit last year, but the rest of us have to wait until April—at least it has a release date now. But everything we’ve seen, including this new trailer, makes it look worth having patience.

High Life looks exceedingly strange, which is appropriate for a Claire Denis movie that involves cast-off humans blasted into space for a second chance, Robert Pattinson, babies, black holes, and (reportedly) more semen than you except. I’m not entirely sure what to make of everything we see in this trailer, but hot damn if I’m not excited to bear witness.

Here’s a synopsis that, warning, seems like it gives away a fair amount of detail—again, I haven’t seen High Life, so I can’t speak to the degree to which it reveals the plot, but tread cautiously if you’re sensitive to such things:

Monte (Robert Pattinson) and his baby daughter are the last survivors of a damned and dangerous mission to the outer reaches of the solar system. The crew death-row inmates led by a doctor (Juliette Binoche) with sinister motives has vanished. As the mystery of what happened onboard the ship is unraveled, father and daughter must rely on each other to survive as they hurtle toward the oblivion of a black hole.

In addition to Robert Pattinson, High Life stars Juliette Binoche, who is incredible in everything; Mia Goth, who continues to demonstrate an odd and fearless commitment to taking left-of-center roles; and Andre Benjamin, who adds another entry into what’s become a diverse, intriguing film resume.

High Life opened in France last fall, but A24 will release it stateside on April 12. 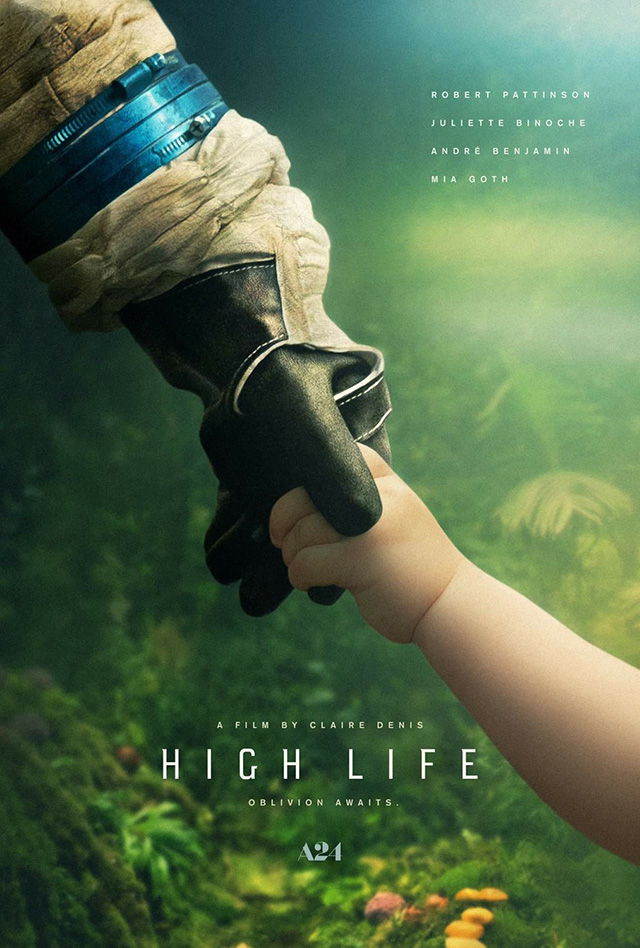 Posted by Brent McKnight at 6:46 AM