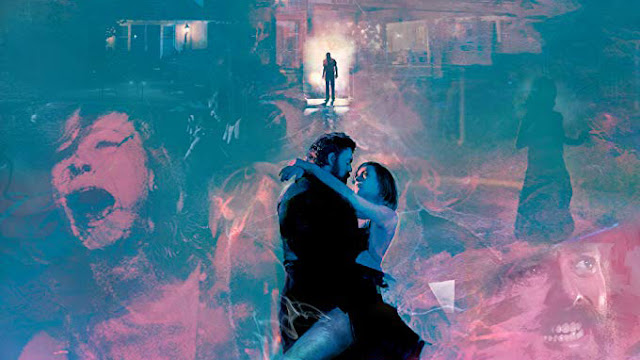 Sometimes a movie is very much my shit, as the kids probably don’t say anymore. That certainly appears to be the case with Sadistic Intentions. It has everything: romance, murder, metal, and Larry Fessenden. What else do you need? Check out the trailer below.

I’m always game for more metal in my horror, and from the looks of this Sadistic Intentions trailer, writer/director Eric Pennycoff has taken that idea and crafted a small, contained chiller, complete with some sweet, bottom shaking riffs.

When I say small, I mean small. There are only four actors listed in the credits, and it appears most of the action takes place in a handful of locations. When two of those actors are Jeremy Gardner—the writer, director, star of The Battery and the upcoming After Midnight—and indie horror maven Larry Fessenden, you have my full attention.

Here’s a synopsis for Sadistic Intentions:

A reclusive metal musician and a wildly enthusiastic stoner are invited to the home of a mutual friend late one evening. The friend however is nowhere to be found, soon leaving this pair of polar opposites to endure one another until their hosts gruesome arrival. Bonds are formed, secrets are revealed and intentions are exposed, all while a vicious thunderstorm drawn near.

Sounds simple, but with ample room to play around, and have some nefarious fun.

Sadistic Intentions lands on VOD platforms on February 14. Valentine’s Day. How romantic.
Posted by Brent McKnight at 8:01 AM