Gillie Klabin’s gonzo indie sci-fi film, The Wave, opens with Frank (Justin Long). Celebrating a big work win, and because he hates his home life, he goes out for a weekday night of drinking with his pal Jeff (Donald Faison). They have some drinks, meet some nice ladies, Theresa (Sheila Vand) and Natalie (Katia Winter), and wind up at a party where Frank takes a mystery drug from a mystery man (Tommy Flanagan). Always a good choice. Then things go off the rails. Frank comes unstuck in time, bounces in an out of hallucinatory fits, screws up his marriage, screws up his job, and maybe robs a drug dealer, he’s not entirely sure. You know, an average Tuesday.

The Wave is wild and inventive. Weird and trippy, we accompany Frank on a nightmarish journey of self-evaluation and discovery. The film forces him to look at his life through horrific lenses, illustrating how warped and horrific his existence has become. Monstrous coworkers become literal monsters, frothing at the mouth and dry humping conference tables. Time loops around on itself, allowing him to view and experience the same things from newly skewed perspectives, and what begins as unruly chaos ultimately reveals a map through madness. 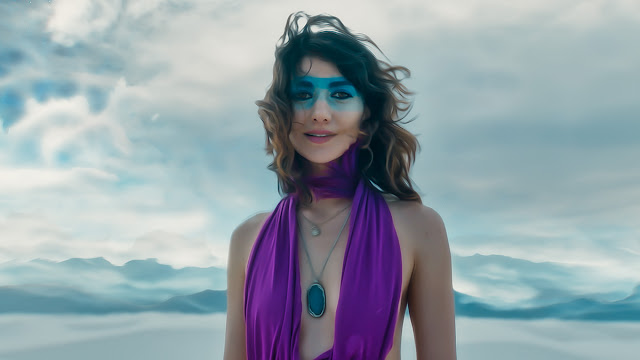 Klabin uses jarring smash cuts to skip Frank through time, and editor Lana Wolverton matches one to the next to capture our protagonist’s frayed, glitching mind. The filmmakers pull Frank into psychedelic animated meltdowns that look almost like rotoscope or a twisted, hellish Instagram filter. From one moment to the next, neither Frank nor the audience know what to expect around the next corner, or even where the next corner is.

Long plays hard against type in The Wave. Most known for affable, good-natured goofs, Frank’s not a great guy. A corporate lackey, his big work victory is finding a loophole to deny a blue-collar family’s life insurance claim on a technicality. He hates his wife, spends his time chasing material status symbols, and generally gives no consideration to the world around him. He’s a model worker under late-stage capitalism, obsessed with consumption, accruing crushing debt, never gives a thought to the human toll of his work because that’s his job, and is an empty shell floating through day after day, screaming internally. He’s an efficient, effective, easily replaceable gear in the machinery he never notices until forced. 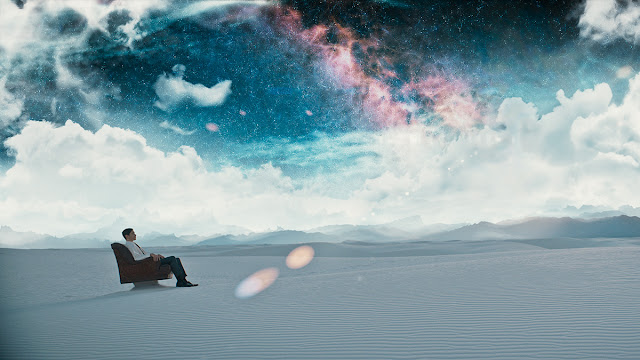 Long’s awkward charm serves the film well. Not only in painfully uncomfortable social interactions, but it keeps him from being too off putting and unlikeable. It keeps us around long enough that we don’t completely abandon ship on another middle-management white man emasculated by his shrill wife and vaguely dissatisfied with his pre-programmed life he has never for one second stopped to question.

For his part, Faison also veers a bit off from his usual course. He could play the fun, charming sidekick without blinking an eye, and while that’s largely his function in Carl Lucas’ script—he’s the one who pushes Frank to act—he brings more nuance and texture. Sure, he’s a ride-or-die bestie, but Jeff and Frank have an earnest friendship, a friendship whose bounds Frank tests and we watch the effect that has. 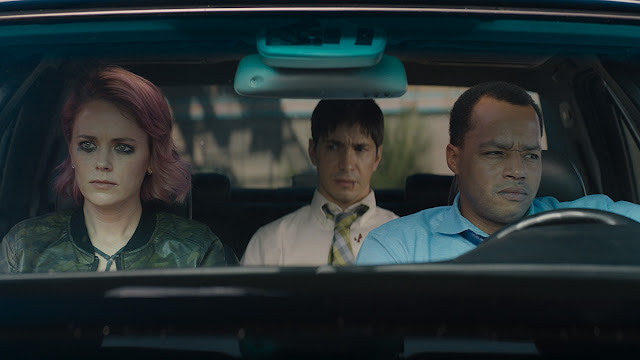 The Wave doesn’t offer a particularly deep examination of American malaise and corporate ennui. It feels tailor made to spark shallow philosophical musings from stoners sitting on couches rather than offering any real insight. Still, it’s fun enough, uses, but doesn’t overuse, keen psychedelic visuals, and as a debut feature, shows off Klabin’s inventive and peculiar eye. [Grade: B-]