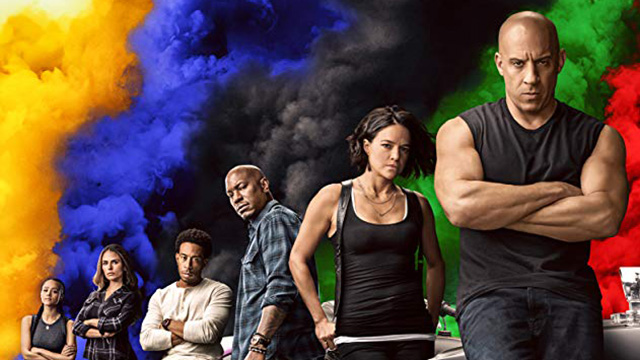 Dominic Toretto (Vin Diesel) used to live his life a quarter-mile at a time, but now he has a secret love baby, so apparently that’s off the table. For a moment anyway. As illustrated by the trailer for F9, the ninth installment of the Fast and Furious franchise, the allure of going vroom vroom and ignoring the laws of physics will always win.

Check out the almost four-minute trailer below and just a heads ups, it contains at least two reveals that look like they should have been big-ass surprises in the movie. So, be warned.

So Dom, Mr. I’m-All-About-Family himself, has a brother no one bothered to mention for eight movies? Sure, why not? At least he’s John Cena, so Vin Diesel has another beefy man to face off with since Dwayne Johnson didn’t strap in for this ride. Still seems like that tidbit would have been fun to find out in the theater.

While incredibly jazzed for this, I have some questions and concerns about F9. There’s no Deckard Shaw (Jason Statham), but his mom (Helen Mirren) stops by for some reason. Similarly, there’s no Brian (RIP Paul Walker), but Mia (Jordana Brewster) joins the party? I guess everyone’s a trained martial artist now?

[Related Reading: 'Furious 7' Movie Review: Over the Top and Entertaining as Hell]

At least Charlize Theron replaced her atrocious white-girl dreads with a new haircut. I mean, it’s an equally atrocious bowl-cut, but you do you, Cipher.

And even for a franchise that pays relatively little attention to the way the physical world works, F9 has a blatant disregard for gravity and other similar properties. I mean, there’s a jet that grabs cars out of mid-air. And a fucking rocket car. Not just a rocket car, a Pontiac Fiero strapped to a rocket. Again, sure, why the hell not?

But the most head-scratching moment in this trailer full of head-scratching moments, is the return of Han (Sung Kang). You may remember him dying, being murdered by Deckard Shaw to be precise—but he was being controlled by Cipher, so now it’s all good apparently. So, Han’s alive—again, seems like a reveal they should have stayed a secret.

I guess if you can ignore the rules of physics, maybe we can ignore the laws of life and death? I’m sure there’s a long, convoluted, not-at-all-dubious explanation for why he’s still alive. Maybe Gisele can come back now, or damn, maybe they can revive Jesse, that would rule. However they justify it, it’s a nice bit of retcon pandering to the #JusticeForHan set.

F9 squeals into theaters, tires burning, pistons churning, on May 22. They keep finding new ways to escalate the absurdity, so this should be fun.
Posted by Brent McKnight at 2:00 PM