Paul Reubens Wants The Safdie Brothers To Make A Dark Pee-Wee Herman Movie, And So Do I 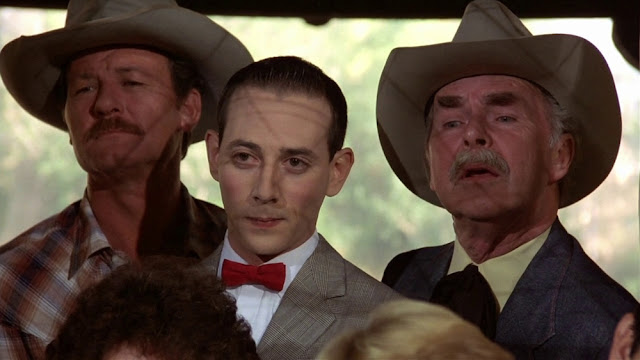 I’m not entirely sure why, but I’m pretty damn into this idea. Hear me out. There’s a possibility—in reality, I assume it’s a very, very, very remote possibility—that the Safdie Brothers, Josh and Bennie, the directors of Uncut Gems and Good Time, could make a Pee-Wee Herman movie. And it weirdly makes a lot of sense to me, and sounds awesome.

Pee-Wee Herman movies are plenty weird and twisted on their own, but if Paul Reubens gets his way, things might get even stranger. In an interview with THR, the actor talked about his original idea for the movie that became his 2016 Netflix movie, Pee-Wee’s Big Holiday. And it was quite different.

Reubens told the outlet, “I’ve referred to it as the Valley of the Dolls Pee-wee movie. It’s about fame.”

The story would have reportedly revolved around Reubens’ alter ego being release from prison and pursuing a career in yodeling. Then he moves to Hollywood, becomes a big star—in movies, not because of his yodeling chops, sadly. From there it sounds like it would become a kind of drug-fueled fall-from-grace tale with a roughly $15 million price tag.

When working toward Big Holiday, Reubens reportedly pitched this to producer Judd Apatow, who, understandably, wasn’t super down with the idea. Instead they opted for something more family friendly Both Apatow and Netflix have passed on the project according to the actor, but he’s not without hope.

Apparently there’s been some interest from the Safdies. We only have Reubens’ word on this, and “interest” is a broad word—is it actual interest in making the movie, or more along the lines of, “A dark Pee-Wee Herman movie? That’s weird. I’m interested in that”?

Still, it’s a proposition I can’t help but love. A gritty look at the pitfalls of fame and money and the Hollywood glitz machine sounds like a perfect place for the Safdies to root around in. And they’ve shown a willingness and ability to get stars most known for other things to give great performances in down-and-dirty roles and to make unusual choices.

Let’s be real, the Safdies probably aren’t going to make a dark Pee-Wee Herman movie, but damn, it’s fun to think about what such a thing would look like, isn’t it?
Posted by Brent McKnight at 10:11 AM