'Candyman' Trailer: Say His Name, Be His Victim 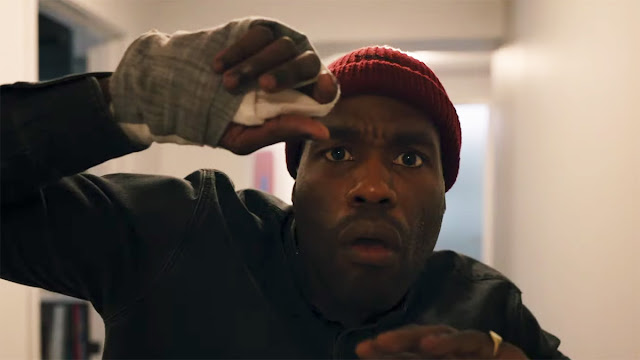 Candyman, Candyman, Candyman, Candyman, Candyman. For horror kids growing up in the 1990s, these were five of the most terrifying words you could here. Who among us didn’t gaze into a dimly lit mirror, say the name four times, and hesitate with a shiver before we squeaked out the fifth? We have a new Candyman on the way from producer Jordan Peele and director Nia DaCosta, and thus far, things have been kept relatively under wraps. But now the first trailer is here and it’s terrifying.

Well, Candyman 2020 looks scary as hell and makes me want to watch the original. In the best way. We’ve got bees, hooks, terror, Cabrini Green, people willing themselves to look in the mirror and reflect, and all the expected bloody fun and games.

I’m not always a fan of maudlin covers of pop songs in movie trailers, but the use of this version of “Say My Name” is just *chef’s kiss*. I want to slow clap for it. Also, the eagle-eyed may spot a Bad Brains patch on the backpack of one of those high school students, which is near and dear to my punk rock heart.

For as long as residents can remember, the housing projects of Chicago’s Cabrini Green neighborhood were terrorized by a word-of-mouth ghost story about a supernatural killer with a hook for a hand, easily summoned by those daring to repeat his name five times into a mirror. In present day, a decade after the last of the Cabrini towers were torn down, visual artist Anthony McCoy (Yahya Abdul-Mateen II; HBO’s Watchmen, Us) and his girlfriend, gallery director Brianna Cartwright (Teyonah Parris; If Beale Street Could Talk, The Photograph), move into a luxury loft condo in Cabrini, now gentrified beyond recognition and inhabited by upwardly mobile millennials. With Anthony’s painting career on the brink of stalling, a chance encounter with a Cabrini Green old-timer (Colman Domingo; HBO’s Euphoria, Assassination Nation) exposes Anthony to the tragically horrific nature of the true story behind Candyman. Anxious to maintain his status in the Chicago art world, Anthony begins to explore these macabre details in his studio as fresh grist for paintings, unknowingly opening a door to a complex past that unravels his own sanity and unleashes a terrifyingly viral wave of violence that puts him on a collision course with destiny.

This isn’t supposed to be a remake of Clive Barker’s Candyman, but a reimagining. Think one of those soft reboots that happen years after the fact, an updating of the story that’s both kind of a sequel, kind of a new beginning. To be honest, I don’t care what you call it, this looks fantastic, has a great cast, and I can’t wait.

Candyman haunts mirrors and movie theaters on June 12.
Posted by Brent McKnight at 8:38 AM