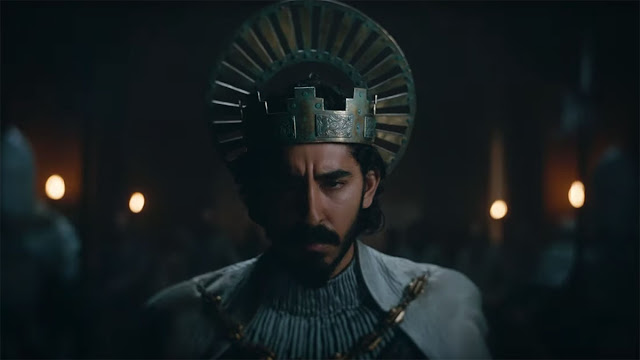 Coming from Lowery and A24, we shouldn’t expect this to be our usual swords-and-sorcery style movie, and this trailer definitely shows something different. What we see here is moody and strange, and since Lowery worked with the WETA workshop, the creature effects, even just the little bit we catch a glimpse of, look wonderful.

And come on, knights, adventure, quests and myths and legends, what’s not to love? All of this wrapped up in one of Lowery’s thoughtful, introspective packages sounds damn enticing.

An epic fantasy adventure based on the timeless Arthurian legend, THE GREEN KNIGHT tells the story of Sir Gawain (Dev Patel), King Arthur’s reckless and headstrong nephew, who embarks on a daring quest to confront the eponymous Green Knight, a gigantic emerald-skinned stranger and tester of men. Gawain contends with ghosts, giants, thieves, and schemers in what becomes a deeper journey to define his character and prove his worth in the eyes of his family and kingdom by facing the ultimate challenger.  From visionary filmmaker David Lowery comes a fresh and bold spin on a classic tale from the knights of the round table.

Check out a stylish new poster below. 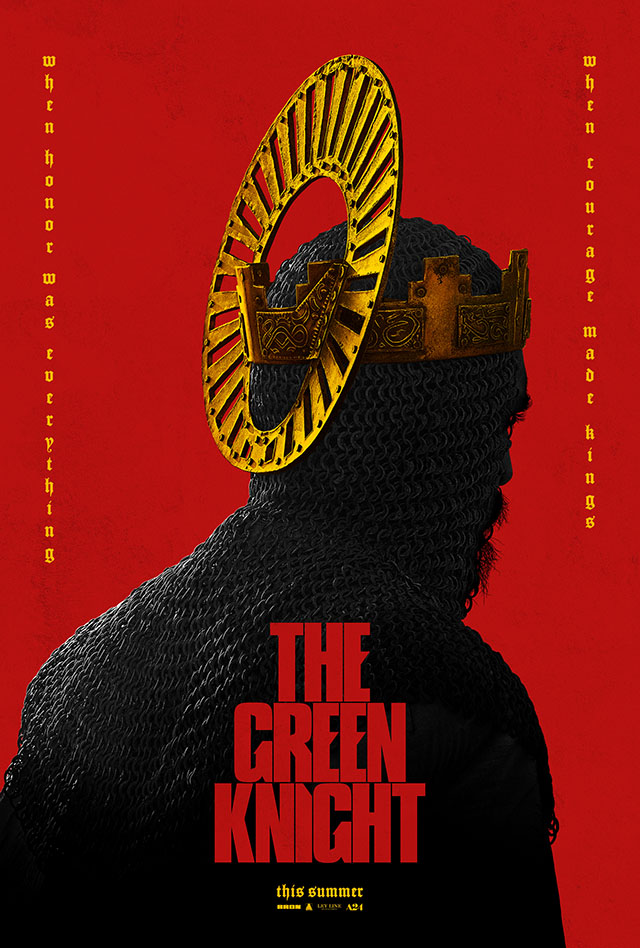 Posted by Brent McKnight at 7:48 AM